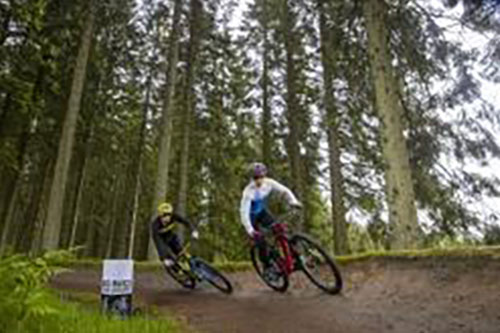 The announcement that one of the world’s biggest cycling events is on route to the Borders has been hailed as “momentous”.

It was revealed today, Monday, May 30, that Glentress will host the mountain bike, cross country and marathon events of next year’s UCI Cycling World Championships.

It will be the first time the Tweed Valley has staged an international event on this scale.

Glentress Forest, one of Scotland’s most renowned bike locations, will see some of the world’s best mountain bikers tackle its famous terrain when the event is staged from August 1 to 13, with more than one million spectators anticipated as well as a global audience of one billion, making it one of the world’s top ten sporting events.

The championships will bring more than eight thousand amateur and elite cyclists from 120 countries with more than 190 UCI world champions crowned.

Four other venues across Scotland have also been announced as hosts, including Dumfries and Galloway, where the para-cycling road event will be staged.

Councillor Euan Jardine, the leader of Scottish Borders Council, said he was “incredibly proud” that the Borders had been selected.

He said: “This will not only cement the reputation of the Tweed Valley as one of the world’s best mountain biking locations, but also the Scottish Borders generally as Scotland’s leading cycling destination.

“Glentress has been a catalyst for change and growth over a number of years, bringing cyclists to the area, boosting tourism, investment and jobs, and inspiring more people to ride.

“Both the short and long term benefits of hosting the 2023 UCI Cycling World Championship will be significant for our local economy and that is why we are so determined to bring more events of this magnitude to the area.”

“For the South to have a share of this audience by hosting three of the 13 events making up the championship is going to provide a fantastic opportunity for us to showcase to the world what we have to offer.”