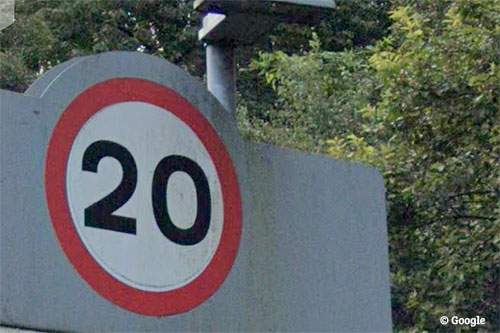 Spaces for people is making it “impossible” to teach learner drivers safely and creating more dangers on town roads, instructors have claimed.

Vast stretches of West Lothian are now covered by a reduced 20mph speed limit, brought in under emergency measures as part of the response to the Covid pandemic last year.

But frustration at the slow speed is causing drivers to take more risks, which driving instructors say is making it increasingly difficult to teach learner drivers safely.

And they also warned the limit made it more difficult to teach students about gear changes – and could be adding to environmental pollution.

The concerns have prompted Bathgate’s Labour councillor Harry Cartmill to call for common sense changes to the scheme.

Councillor Cartmill said that in ten years no subject has generated more complaints. “Driving instructors are up in arms. They cannot teach to the Highway Code”.

One instructor, Ronnie Malcolm, said: “There have been countless occasions where I have witnessed dangerous overtakes by other drivers while my pupil has been observing the 20mph limit.

“Most of these overtakes will have necessitated the overtaking vehicle to be going significantly faster than the original 30mph limit. Most of these 20mph limits have actually created more dangerous situations than they have prevented.”

One said: “My pupil was in a 20 zone (a straight road) and about to take the next right turn. Vehicle behind us was a large van and then a long queue of traffic behind that. The car behind the van had obviously had enough of us sticking to the speed limit and decided to overtake. Obviously they hadn’t seen that we were signalling to turn right though. Had to take the wheel to stop my pupil turning into the path of this car (who was now on the wrong side of the road overtaking two vehicles at a junction). Really gave her a fright and shook her up at the very end of her lesson.”

Instructors also said that maintaining a crawling speed through all types of road does not allow them to teach learners how to use the gears.

And, as Mr Malcolm pointed out, the 20mph rules apply to wide sections of road such as the A89 westward from Boghall in Bathgate as equally as to the town centre, taking no account of changing conditions. Much of the existing signage, such as flashing lights outside schools, remained in place and is actively causing confusion among experienced and learner drivers.

Another instructor pointed out: “If you drive at 20 in 2nd you are over revving and create more unnecessary noxious gases – however move up to 3rd gear and you are under revving, resulting in far more under burned emissions, rapidly leading to soot build up and the car labours badly. Hardly good for the environment.”

Problems created by the restricted zones exist across the county- not only in Bathgate.

In response to questions at the local area committee Sergeant Keith Jack said: “Speeding is recognised as one of the contributory factors in relation to road traffic accidents and, as such, police patrols are directed to areas which have statistically been identified as high tariff collision locations.

“Enforcement of speeding in any given area of West Lothian is only short term solution and is reliant on resources being free to conduct speeding checks reported locations.

“Roads Policing officers are the ‘experts’ in relation to roads policing matters however they too are very much constrained by patrolling the main arterial road networks within West Lothian and are regularly tasked to conduct speed checks at identified accident hotspots.”

Councillor Cartmill said: “I simply want a common sense approach – keep the 20 mph limit in ‘car cluttered’ housing estates and outside our schools but return our main arterial routes through towns and villages in West Lothian to the 30 mph limits as per the Highway Code.

A West Lothian Council spokesperson said: “The temporary 20mph speed limits in West Lothian are in place as part of the Spaces for People programme, and will be removed in line with Scottish Government Covid-19 guidance.”