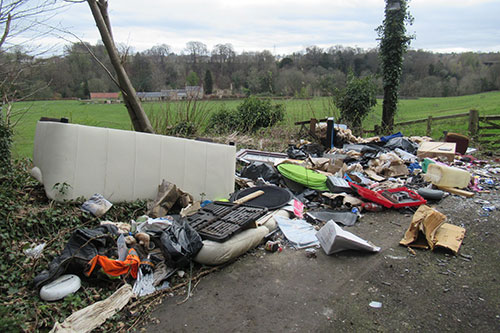 An army of private enforcers could be brought in to tackle fly tippers, litter bugs and dog fouling offenders under new plans to ‘get to grips’ with the problems.

Midlothian Council is considering bringing in private contractors to target people responsible for blighting town centres and the countryside with rubbish.

Under new proposals private firms could be handed contracts to provide the enforcers, in a scheme similar to the private parking attendants which replaced traffic wardens in local authorities in Scotland.

The new environmental officers would be given performance targets to “incentivise” them to track down and fine offenders.

At a virtual meeting of Midlothian councillors this week, elected members agreed to let officers bring a costed “alternative” approach to tackling litter back for discussion at a later date.

Councillors were told that while local authorities in England and Northern Ireland could hire private enforcement firms this was not the case in Scotland.

However chief officer Derek Oliver said it was possible for “persons to be appointed and authorised on a contractor basis through a private enforcement company.”

He proposed the private wardens as a possibility for tackling future offences saying the council’s own environmental health department was over stretched and an alternative model needed to be considered.

He said: “If they are incentivised to go out and search across our wards for any offences that could help with services and monitoring.”

Councillor Derek Milligan, council leader, said dog fouling was one of the biggest issues raised with him throughout his career in public service.

He said: “Dog fouling, fly-tipping and litter are top of feedback from the public and the failure of this council to tackle it. Successive councils have tried to get to grips with it and have failed.

“We have parking enforcement and this is a very similar way of bringing in the private sector.

Fellow councillor Colin Cassidy said during a visit to Belfast he had seen the change in attitudes brought in by dishing out fines to people who littered.

He said: “They changed it by bringing in wardens, I don’t care if they come from the moon, if they are private or whatever, we have got to change and change the mindset.

“These people need to learn a lesson, they are running amok in our town centres and it needs to be stopped.”

Councillors agreed a recommendation to allow officers to “undertake a fully costed options appraisal for the utilisation of contractors to undertake enforcement for environmental offences including fly-tipping, dog fouling, littering; and report to Council.”

During the meeting the efforts of local communities in clearing up their own areas during lockdown was praised as more volunteer groups have been formed.

Councillors urged officers to continue to work to encourage local groups who want to take ownership of their public land and it was agreed to establish a Midlothian Neighbourhood & Environmental Improvement Group to work with community champions, groups and representatives moving forward.