Another drive-thru approved along the A7 at Sheriffhall South 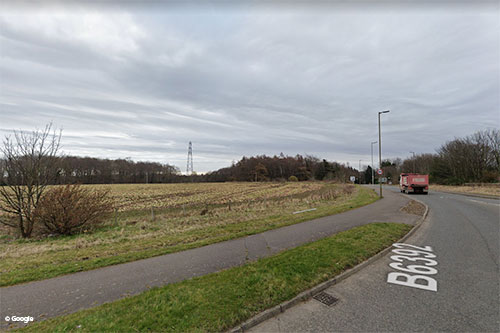 The land at Sheriffhall South, photo taken the A& roundabout near to Dobbies.

Plans for a new Costa Coffee drive-thru as part of new business park near Sheriffhall Roundabout have been approved, despite concerns over litter.

This will mean there will be four drive-thru facilities within 1.5 miles of each other, with McDonalds, Starbucks and Greggs being further down the A7.

The proposals from Buccleuch Estate for industrial units on 8.5 hectares of greenbelt land drew objections from community councils and 16 individuals concerned about the traffic impact as well as the loss of green space.

And at a virtual meeting of Midlothian Planning Committee this week councillors questioned whether the drive-thru was an essential part of the development.

However, they were told that the site had lain undeveloped for 14 years and warned that without the drive-thru it might remain vacant.

Planning chief Peter Arnsdorf told the committee: “The site is allocated for economic development use. It has struggled to get off the ground since 2008. The applicant is preparing to build speculatively a type of industrial unit which has, in part, been influenced by the council saying this is what we need.

“They feel to make that viable they need additional investment so that is where the drive-thru from a main high street chain has come from.”

“They have suggested that since Covid any store like this must have a drive thru so it is not simply dependent on in-shop turnover, that is why you have a drive-thru not just a coffee shop.”

He added: “I think you might find if you do not have the drive-thru component you might not get the speculative economic units coming forward.”

Councillors had raised concern about litter from the drive-thru as well as the loss of some trees on the site as part of the overall development.

Councillor Bryan Pottinger questioned whether there was any need for the coffee stop at all.

He said: “I don’t think this really justifies a need. I can imagine a lot of the industrial units will have their own welfare facilities for the workforce and there seems to be plenty other options in the close-by neighbourhood.”

The committee heard ancient woodland surrounding the site would not be affected but an areas of “scrub trees” may be removed as part of the development.

Putting forward the plans for the land which is south of Sheriffhall Roundabout, close the junction of Gilmerton Road (B6392) and the A7 Buccleuch Property said they had worked around as much of the woodlands as possible,

They said: “The layout shows how the proposed development has respected the existing woodland that occupies the site, while enhancing the larger landscape.”

The committee approved the plans for the drive-thru and 24 business units alongside 120 car parking spaces by 12 votes to three however assurances were sought that more would be done to ensure the trees on the site are protected.

Click HERE for the Midlothian Planner’s reporting to the Planning Committee. 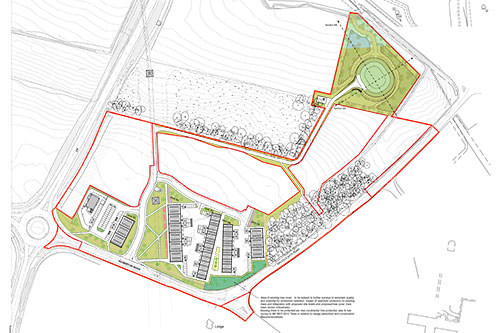 A plan of the proposed development.