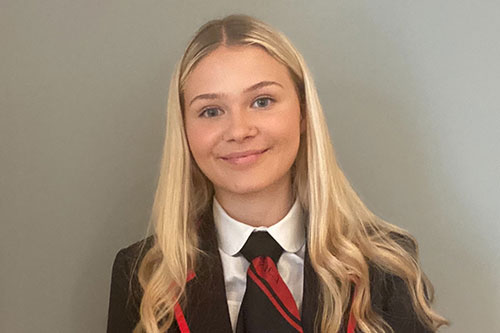 
As pupils across Midlothian receive their exam results today, new figures show significant improvements in attainment levels across the county compared with the five year average (2017-2021).

Meanwhile S6 attainment levels are also improving with 22% of S6 pupils getting at least one Advanced Higher pass in 2021 compared with the five year average of 18.3%.

Midlothian Council’s Cabinet Member for Education, Councillor Jim Muirhead said: “With National 5, Higher and Advanced Higher exams cancelled both last year and this year because of the pandemic, it’s been an extremely worrying time for young people trying to plan for their future.

“As different models were used to assess pupils in 2020 and 2021, it’s unhelpful to compare this year’s figures with last year’s SQA results.  Instead, we’re looking at overall attainment trends over the last five years and we can see substantial improvements, in particular with the percentage of pupils in S5 getting three or more Highers – up 5% at 37.1% compared with the five year average of 32.1%.

“Well done to all of our pupils and staff for working hard during very challenging circumstances.”

Cllr Muirhead reminded pupils there is lots of support and information, including careers and health and wellbeing advice, on the SQA website.

When Grace Aaron, an S5 pupil at Lasswade High School, learned she had five straight As in her Highers she said she was “shocked but so happy and so relieved that everything I’d worked so hard for I’d achieved.”

Grace, 17, who achieved the top grades in Maths, English, Moderns Studies, History and RMPS (religious studies) is among thousands of pupils across Midlothian who got their results this morning.

The teenager said the last 2 years, when exams had to be cancelled because of the pandemic and results have been based on teacher judgement based on pupils’ learner attainment, have been “stressful”.

She said: “It’s definitely been stressful but I’ve made sure I had a timetable to get all my work done so I was not stressing at the last minute about assessments.”

Grace, who was awarded seven National 5 A passes, is looking forward to S6 when she will study for two more Highers in sociology and psychology along with an Advanced Higher in Modern Studies and a Level 6 Leadership Course.

The Lasswade pupil plans to go to university after leaving school, potentially to study psychology.

Asked how her mum and dad, Jennifer Neil and David Aaron, responded to the news of her 5As, Grace said: “They are really proud of me.”