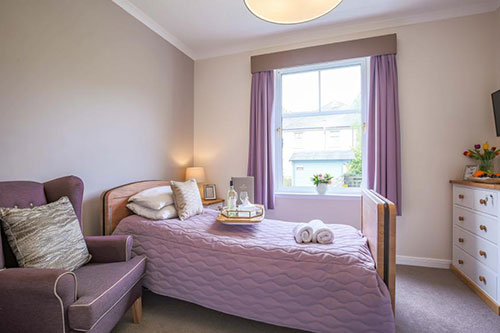 A ban on fans in Scottish care homes has been reversed by public health officials in Scotland after providers challenged an order to remove them from rooms during a heatwave.

And they said fans could only be used in a residents’ private room if windows were open and a full risk assessment had been carried out.

However care home provider Barchester Healthcare challenged the ruling insisting that its manager had simply followed Public Health England guidelines instead of Scottish rules, by accident.

And a week later revised rules for fans in Scottish care homes were published which allowed fans to be used under strict guidelines.

The Care Inspectorate released the results of a follow up visit to the Lasswade home, which has 114 residents ranging from elderly and adults with additional support needs, last week.

In the report they said that a requirement to remove fans from offices, communal spaces and rooms on June 18 had been met.

They added: “Where fans were necessary, their use was appropriately risk assessed.”

A spokesperson for Barchester Healthcare said:

“Following a robust risk assessment and discussions with Health Protection Scotland, the policy regarding the use of fans in Scottish care homes is now aligned with English guidance and fans are permitted.

“During the summer, if a resident feels too hot when in their room and other measures have been taken, such as a window being opened, a fan can be provided.

“In communal areas staff will first look to cool residents by opening windows and doors before resorting to the use of a fan.

“A fan will not be used should anyone at the home test positive for COVID-19.”

Public Health Scotland said questions about the change to policy should be put to Scottish Government.

A Scottish Government spokeperson said their guidance on the use of fans in care homes was published on June 24.