Beattie says Sheriffhall plans are not to be scrapped 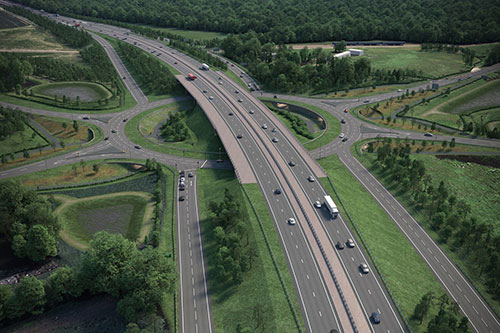 Colin Beattie MSP for Midlothian North and Musselburgh, refutes claims made that plans to deliver improvements to Sheriffhall Roundabout are to be scrapped.

The Scottish Government has previously announced £140m investment on strategic transport improvements as part of the Edinburgh and South East Scotland City Region deal. A sum of £120 million of this has been specifically allocated to supporting improvements to the A720 City Bypass for the grade separation of Sheriffhall Roundabout.

“The Scottish Government are committed to delivering improvements to Sheriffhall as part of the Edinburgh and South East Scotland City Region Deal.

“Following publication of draft Orders for the scheme, a significant number of representations, including objections, were received. It is only right that all those affected by these proposals have an opportunity to express their views and this is a statutory obligation that cannot be ignored.

“Currently, the Scottish Government are continuing to negotiate with objectors to try and resolve objections where possible. However, should we be unsuccessful in removing all objections, then a public local inquiry may be required.

“Delivery of the scheme itself can only commence if it is approved under the relevant statutory procedures and thereafter a timetable for its progress can be set.

“People do have the right to object and it is important careful consideration is given to all comments received on the plans for Sheriffhall before any work starts to take place.”

Junction improvements at Sheriffhall were identified as part of the Strategic Transport Projects Review (STPR), published in December 2008 and since then slow progress has been made.

The £120 million scheme to ease traffic flow was awarded funding under the Edinburgh City Region Deal in 2018 and a design for the new roundabout with a flyover was chosen. The design aims to improve active travel as it caters for cyclists commuting safely between Edinburgh and Midlothian.

However, the Green Party are opposed to the project as they say it will increase traffic and congestion. Work on the project was halted in February 2020 after the Greens called for it to be reviewed as part of their Holyrood budget deal with the SNP.

Supporters of the changes fear that the plans will now be abandoned as part of a deal between the SNP and Greens being discussed this summer for the two parties to work together in government.

The six local authorities that make up the Edinburgh and South East Scotland City region, Edinburgh, Midlothian, East Lothian, West Lothian, Scottish Borders and Fife, together with regional universities, colleges and the private sector signed a City Region Deal with the UK and Scottish Governments, with a value of over £1.3 billion. Should the Sheriffhall project not go ahead then Midlothian will see little of the £1.3 billion spent on the county.