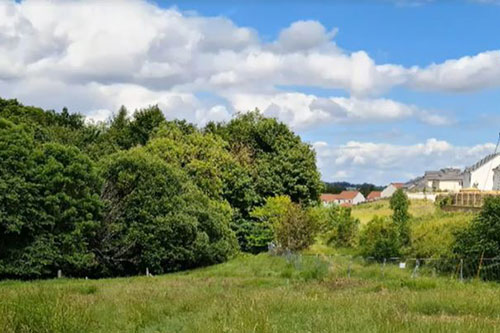 A bid to build new houses on a housing estate’s ‘green lung’ has been thrown out after councillors ruled they had “eked out” as many homes as they could on the land.

Miller Homes wanted to build an additional nine houses on a strip of green land between two woods on the edge of a nearly completed housing estate outside Newtongrange.

The land, at Cockpen Farm, was set aside to be used as open or green space when housing was built.

However, Miller Homes argued it would be a ‘logical extension’ to 140 homes being built on the nearly complete Lady Victoria Grange estate.

Planners refused to approve the proposals for nine additional homes on the land and at a meeting of Midlothian Council’s Local Review Body today councillors backed the decision.

The review body was told there had been 17 objections to the additional housing with residents already living in the housing estate saying they had been told the space would be kept as amenity land and would lose their views.

Review body convenor Councillor Russell Imrie recalled the site being proposed for more housing being set aside as open land as part of the original development.

He said: “It was always deemed to be open space, the green lung, as it was. We eked out as many houses as we possibly could on the site.

“We found the balance between development and green space and the applicant knew that at the time.”

Fellow board member councillor Colin Cassidy agreed saying: “This was left deliberately as a green area for wildlife habitat.”

And councillor Dianne Alexander added: “If that strip of land is used for housing it will take away from the woodland.

“I think it will have a huge impact on biodiversity and we need all that we have at the moment.”

The review body unanimously agreed to reject the appeal and refuse permission for the extra houses.