Council officers do not have “carte blanche” to demolish Dalkeith 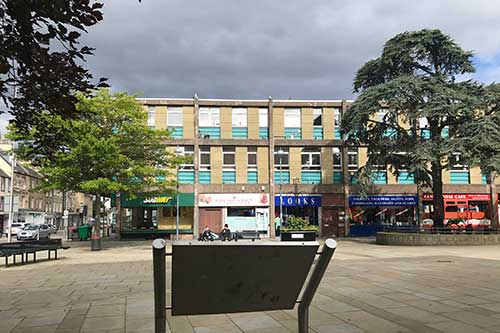 Plans to knock down council buildings or get rid of them caused “bewilderment, confusion and suspicion” , councillors were told this week.

Midlothian Council has given officers the go ahead to draw up proposals to ‘rationalise’ its office buildings in Dalkeith, including the head office and council chambers.

But while some councillors hailed the move as an exciting opportunity others warned that people in the town have been let down in the past.

And council leader Derek Milligan warned officers not to get carried away as they create their vision for the town’s future.

Speaking as the council agreed the “direction of travel” which will see plans for the future of several buidlings and council houses in the town brought back to members for approval in the near future, Councillor Milligan pointed to failed attempts to regenerate the town in the past.

He said: “Since 1999 every plan that has come back came back massively unaffordable because officers got carried away with stuff and it just ends up sinking.”

Included in the list of buildings which could be potentially demolished or disposed of are Midlothian House – the council’s main headquarters – and offices at Eskdaill Court and Buccleuch House.

There are also plans to looks at disposing of Fairfield House, retail and commercial units and 23 council houses as well as replacing the town’s library and art centre with a “one stop shop” community facility.

The project is descrbied as “housing-led” but will also look at ceating new business, retail and community facilities.

Jarnac Court, which as at the centre of a project to provide homeless acccommodation which spiralled in costs, is also proposed for demolition or disposal.

In December 2019 the project at Jarnac Court was reporting costs of £1.5million, three times the initial costing.

At the same time another project to turn Loanhead Police Station into homeless accommodation was scrapped by councillors after its costs also doubled.

At the meeting this week Councillor Kelly Parry said she was not sure she had faith or confidence in the latest proposals, given the council’s track record.

She said: “I think that is a really sad position for a councillor to be in but given the issues with Jarnac Court, other projects we have had to pull out of like Loanhead Police Station, I am not feeling reassured about our capacity to do these types of projects at the moment.”

Councillor Colin Cassidy said that people he had spoken to were more bewildered than excited by the proposals saying the way it has been presented was “not good enough”.

Stories about the plans leaked on social media before councillors had a chance to see the proposals.

Mr Cassidy said: “I’d say confusion, bewilderment and suspicion are three of the main feedbacks I’ve had from my consitutents.

“The way this has been presented suddenly on the back of the worst pandemic of any of our lives, it just comes at a very sensitive time.

“Now suddenly we come up with an estate management plan to pull down all the council buildings and leave everybody standing there sucking their thumbs saying ‘what is going to happen next’.”

However Councillor John Hackett said: “I think it is important that we learn from our history but are not beholden to it.

“I am nervous but I am also really excited. Community engagement has to be key.”

And Councillor Steven Curran said: “I have spoken to local residents in recent weeks and there is a lot of excitement about this, I am excited about it.

“I think it is good it is being led by housing but it can’t just be about housing. It needs to be visionary, we need to be able to attract new businesses to our town centres and give our town centres new opportunities.”

Mr Curran added a reccommendation that officers work with elected councillors and communities to bring back a “deliverable town centre plan”.

The meeting was told by executive director Kevin Anderson that a sample survey of 1300 council staff had found just 16 who could not work from home.

He described the council buildings in Dalkeith town centre as a “blight”.

He said a range of options would be considered for the buildings identified, adding “as they otherwise deteriorate or decline further blighting the town centre.”

Councillors agreed to allow officers to draw up proposals for the future of the buildings by 11 members to seven after being promised by Mr Anderson it was not a “carte blanche” to demolish them all.