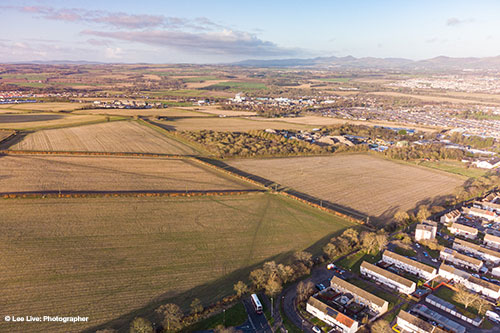 Concern that new housing near an industrial estate could create a “rod for the back” of future councillors has been raised.

Midlothian councillors were considering proposals for more than 700 new homes across farmland between Mayfield and Newtongrange.

Springfield Properties Ltd has lodged a Pre Application Notice (PAN) for more than 75 hectares of land, much of which is already identified in the local authority’s Local Development Plan for housing.

However, concerns were raised that some of the new homes could be built close to Mayfield Industrial Estate, which is home to a recycling plant.

Councillor Colin Cassidy pointed out that when the site was first identified for housing, the recycling centre was not operating, and questioned whether future residents would demand action against the noise.

He said: “The recycling plant works 24 hours a day. When the site was first planned, it was not there.

“Are we making a rod for our own backs or for future councillors that they are going to have a mess to clear up?”

The council’s planning adviser, Peter Arsdorf, said it would be down to developers to introduce mitigating measures to ensure the new homes were not affected by the industrial noise, which could range from triple glazing to buffers.

Other concerns were raised about ensuring that the two communities affected by the new housing retained their own identities.

The site development would mean Mayfield and Newtongrange would no longer be separated by fields.

Councillor John Hacket said that there was concern being raised about the merging of communities, as well as the developer’s view on the 20-minute neighbourhood policies which ensure new residents can reach shops and essential services in a 10-minute walk each way.

He said: “I think it is important communities maintain their identities.

“There has been feedback that the developers are talking about 20-minute neighbourhood, proposing that shops in Mayfield are within 20 minutes of the new housing.

“That is a twisting of the 20-minute neighbourhood and I would urge developers to consider this.”

Councillors also raised concerns about a lack of infrastructure in the proposals such as a GP surgery, proper access roads to the new housing, and parks and play areas for children.

Their comments will now be fed back to the developers ahead of any planning application being lodged with the council.