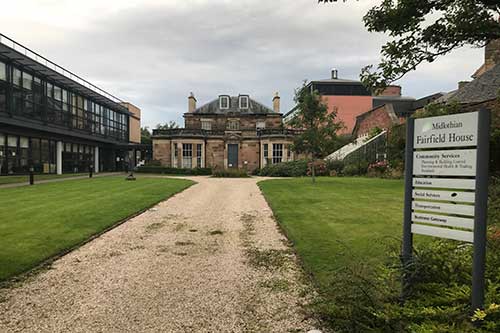 Auditors have called for more scrutiny to be given to Midlothian Council’s investment policy after it put £13 million into a local authority which ran out of cash.

Concerns over the multi-million-pound loan to Croydon Council in April last year led to auditors Ernst and Young being called in to look at Midlothian’s treasury management.

And while auditors confirm that the council did not “suffer any loss” through the investment, they raised concerns about the level of scrutiny provided.

In the report, auditors said draft checklists used to evidence due diligence were filled in ‘retrospectively’ for investments made in 2020.

And they said scrutiny of the treasury management policy at the council’s audit committee was not ‘fully minuted’ following meetings.

Declaring the investment in Croydon safe, the report said: “There is no implication that the council has undertaken any controversial ‘debt for yield’ activities.”

Ernst and Young were asked to carry out a “wide-scope review” after concerns were raised at the audit committee at the end of last year over the investment.

Croydon Council declared a deficit of £67million last year and suspended all spending after it was unable to balance its budget.

The London Borough council issued two section 114 notices declaring it could not pay its debts, estimated at £67million.

At a meeting of Midlothian Council, Councillor Peter Smaill said that Croydon Council had, by issuing the section 114 orders, effectively declared itself bankrupt, telling the council meeting: “It is the biggest collapse of any local authority in my lifetime.”

The use of the term “bankrupt”, however, was objected to by some councillors.

In March, Croydon Council lifted its suspension on spending after a £120million UK Government handout.

The auditors’ report, which goes to the audit committee next week, has four recommendations calling for further scrutiny.

It recommends the audit committee scrutinise the detailed Treasury Management Practices Statements, along with the revised Code when it is published later this year and develop its draft checklist.

It also calls for the council to amend the draft checklist to clarify that the accountability for decision-making continues to rest with council officers and the scrutiny and challenge applied to treasury management activities are minuted to reflect the substance of the matters raised.

The report said: “As regular attendees at the audit committee, we have noted regular discussion and challenge during consideration of the Treasury Management annual and mid-year reports.

“However, the minutes of meetings did not fully reflect the full substance of the scrutiny applied, including the topics of matters raised by committee members.”

Midlothian Council welcomed the findings of the report, which confirmed it had followed treasury management guidance.

And it said the Croydon investment was forecast to generate £601,000 return in total over two and a half-years.

“How we manage public funds must be open to the highest degree of scrutiny.

“The findings of the review will reassure councillors, members of audit committee and the public that our treasury management and investment strategy is in line with the principles of key guidance from the standard setting public body, The Chartered Institute of Public Finance and Accountancy (CIPFA).

“We can, and have, demonstrated that good practice is in place and this report confirms we are following that best practice.

“Yet again this council is one of the top performers when it comes to managing its treasury management activity and, as the separate year end update to members indicates, the effectiveness of our strategy saves us over £1.8 million per annum when compared to the Scottish average. That is the equivalent to the funding of 60 full-time jobs.

“The Croydon deposit too is helping us fund services with a £601,000 return in total over two and a half years, the equivalent of funding for 10 full-time learning assistants over the same period.”