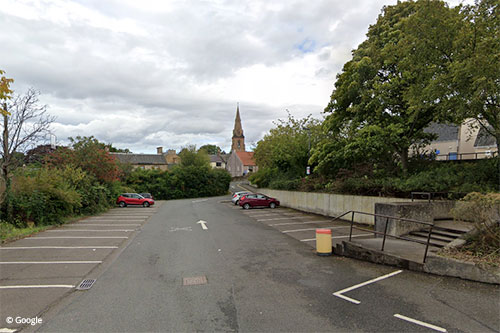 People are being urged to return to Dalkeith town centre after a decision to reintroduce car park charges was suspended.

Now councillors have agreed to suspend the charges until the end of the year to help support the community back onto its feet.

Midlothian Council had suspended the hourly charges at its only fee-paying car parks in Dalkeith during the Covid-19 pandemic.

However, they were reintroduced last month as some restrictions were eased, including allowing people to travel across county borders.

Councillor Colin Cassidy led a cross-party motion at a virtual meeting of elected members this week calling for charges to be removed until the end of the year after shops and businesses reported a fall in visitors.

Mr Cassidy said: “In light of the recent Covid pandemic, parking fees in Dalkeith were put on hold.

“This has proven to be very helpful in supporting local businesses and residents alike.

“The reintroduction of fees has had an immediate negative effect which can be seen through the community as a whole.

“In light of this, we have cross-party agreement in reinstating the deferment of payments until December 31, 2021, with a view to reviewing all Midlothian Council town centre car parks.”

During the meeting, Councillor Kelly Parry also called for a review of parking restrictions on Loanhead High Street.

The motion was seconded by Councillor Stephen Curran and unanimously supported.

Mr Cassidy said: “I urge people to start coming back into Dalkeith, experience our restaurants and shops. There is so much to do.

“Dalkeith is now open for business and I would urge the public to come back.”