Debenhams at Ocean Terminal to be demolished in redevelopment 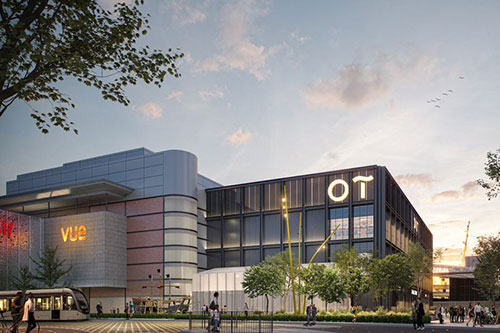 A ‘redundant’ multi-storey car park at Edinburgh’s Ocean Terminal will be demolished alongside its closed-down Debenhams store as part of a major redevelopment of the Leith shopping centre.

Plans were approved on Wednesday to bulldoze a northern section of the centre on Ocean Drive to make way for a hotel, shops, restaurants and a mix of leisure, retail and business uses.

In addition, a new bridge will be built from the new part of the centre to the world-famous Royal Yacht Britannia.

A planned second phase of the £100 million development will comprise a range of housing at the site with new paths for walking and wheeling.

A local councillor said he was “delighted” that over 600 parking spaces will be knocked down and hoped it will encourage more sustainable travel.

In plans submitted to the council owners Ambassador Group said Ocean Terminal was “anchored” by BHS and Debenhams prior to their closure, but said the vacant department store should be demolished alongside the parking lot.

They argued Ocean Terminal requires significant changes to keep up with a rapidly shifting retail environment.

“Large parts of the centre have lost their purpose. The shift from car use to more sustainable modes of travel, as exemplified through the delivery of the tram to Newhaven, renders the north multi-storey car park redundant,” a planning statement added.

Although it’s not yet known which businesses will move in once work is complete, plans state that three new ground floor units will comprise units for shops, ‘financial, professional and other services, food and drink or business use.

A mix of uses are proposed on the first and second floors of the development as well as a new bridge that will link the shopping centre to the Royal Yacht Britannia.

Councillors on the planning sub-committee unanimously approved plans on Wednesday.

Chas Booth, Green councillor for Leith, said: “I’m delighted the planning application for remodelling of Ocean Terminal, including the demolition of over 600 parking spaces, was approved at committee today.

“In the context of a climate emergency, a reduction of parking spaces is warmly welcome as part of moves to encourage more sustainable travel and discourage less sustainable car travel.

“While it is sad news that another retailer has recently announced they are pulling out of Ocean Terminal, I hope that today’s planning decision represents a turning of the corner for the centre.”