Do you know an amazing young person in Midlothian? 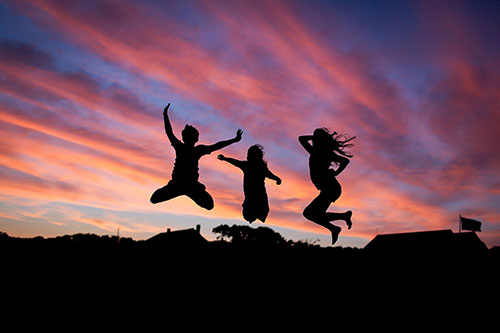 Do you know a young person living, working or studying in Midlothian whose contribution to their local community deserves to be recognised? Midlothian Council and the Lord-Lieutenant of Midlothian have launched their annual Midlothian’s Young People Awards (MYPA).

The Midlothian’s Young People Awards (MYPA) 2022 are now open for nominations in five categories. Nominees should be aged between 8-26 years old at the time of their nomination. Both individuals and youth groups can be nominated.

The closing date for nominations is Friday 14 October 2022.

These awards are organised by Midlothian Council in conjunction with the Lord-Lieutenant of Midlothian. They are also supported by Midlothian Young Ambassadors who are selected for their commitment and ability as young leaders or volunteers.

The five award categories reflect the various positive contributions of young people to Midlothian. The categories are:

In addition to the five category awards, there is also a sixth ‘Midlothian Prize’ award that is presented to the most outstanding young person from all the nominations.

Nominations can be made by individuals, youth organisations, schools and colleges and employers on the online nomination form which can be found on Midlothian Council’s MYPA website: midlothian.gov.uk/MYPA. Anyone wanting a paper from or having issues accessing the online form should email CLL@Midlothian.gov.uk

The judging panel consists of a young person and representatives in the community. Each winner will receive a trophy, certificate and a cash prize to be gifted to a Midlothian community group or local charity of their choice.

Winners will be announced at a special awards ceremony, hosted by Midlothian’s Lord-Lieutenant, Richard Callander, on 29 November at Rosslyn Chapel.

“The Midlothian’s Young People Awards showcase the amazing achievements of young people in Midlothian. There are so many inspirational young people living, working or studying in the area. I would encourage friends, families, educational establishments and other groups working with young people to nominate anyone who they feel deserves to be acknowledged.”

“Now in their fourth year, Midlothian’s Young People Awards provide a great opportunity to shine a spotlight on some of our amazing young people. With nominations now open, I, too, would invite everyone who knows a deserving young person to submit an application so that we can celebrate their many successes at the awards ceremony in November.”

The awards are sponsored by McTaggart Scott, Procure Wizard and the Access Group