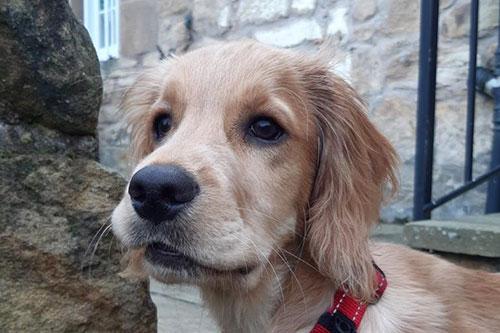 Widespread talk on social media about a surge in thefts of dogs in West Lothian isn’t backed up by the figures.

And the cases that have occurred have shown the power of social media in tackling the crime.

It can also be a “double-edged sword” Chief inspector Alun Williams told West Lothian Council’s Services for the community PDSP.

Chief Inspector Williams, the local area commander, responded to questions about the coverage and fears of dognapping expressed on social media by councillor Alison Adamson.

Councillor Adamson said she was “no great fan of social media” but asked if it was something that police had found made a difference in tackling crime.

He told the committee that it would be foolish for the police not to recognise the power and use of social media, and officers actively engaged in its use. It had been useful in solving crimes reported to the police.

He added that while taking notice of social media police recognised they could spend all day taking “bashings about multiple failures from keyboard warriors” and they could also be sitting on Twitter all day and stopped from going out and meeting people.

On the subject of dog thefts Chief Inspector Williams said there was a danger social media coverage could work the other way. Concerns had been raised with the police about the number of reports of dog thefts featuring on social media. However, the apparent prevalence of dognapping incidents in West Lothian was not backed up by experience.

Three dogs had been stolen since last April and all three had been quickly recovered largely thanks to social media coverage.

In the first case, last November, the dog was traced by its owner and found tied to a lamppost in Carlisle a day later after widespread social media coverage of the incident.

“It had effectively made the dog too hot to handle” said Mr Williams who added that police had only become involved in that case only after the dog was recovered.

In the second case a dog and a bitch were stolen near Almondell. The dogs were targeted because they were of a breeding age.

“It was clearly planned and the dogs were, effectively, targeted by organised travelling criminals,”

Yet analysis of the problem across Central Scotland suggests that thefts of dogs were not prevalent and figures for West Lothian had actually gone down on previous years.

“While I’m not denying its importance , especially where these are pets, we need to keep it in context.”

Referring to social media he added: “It shows that it can be something of a double-edged sword.”