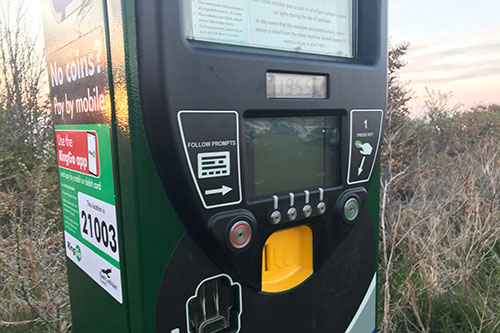 Coastal car park charges across East Lothian will increase by 20 per cent from August 16th 2021.

Councillor Jim Goodfellow told the cabinet meeting that the fee was cheaper than an ice cream for visitors to the council-operated car parks.

He told members: “To put it in perspective, people pay more for their ice cream than they pay to park.”

The minority Labour administration cabinet unanimously supported the increase in the charges.

He said: “The revenue obtained from the car parking charges has been invested back into maintenance and improvements of facilities at the coastal sites.

“Around £500,000 has already been spent on extensive upgrading of toilet and changing facilities at Longniddry Bents car parks 1-3, which includes fully accessible toilets and baby changing areas.

“Similar plans are well advanced for upgrading at Gullane and we are reviewing future requirements which take into account the increased popularity of a range of water sports and activities.”

Mr Hampshire pointed out that the increase was the first since the charges were introduced across 10 of the county’s coastal car parks in 2015.

He added: “The day ticket when purchased can be used at all sites across the county so you can travel to other locations without having to pay twice.

“The season ticket offers particular value to regular visitors working out at less than £1 a week.”

Car parks where charges are applied are: