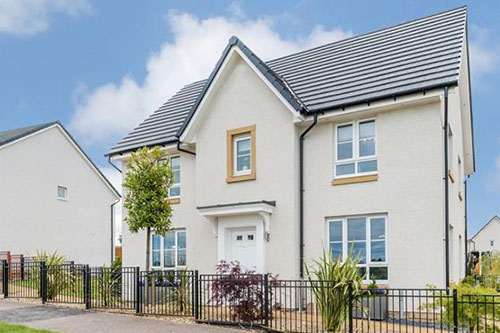 A bid by housebuilders to double the number of new homes set to be built in East Lothian over the next decade is being opposed by councillors.

Homes for Scotland and other developers have called on the Scottish Government to increase the housing land supply quota for East Lothian to accommodate 12,000 new homes between 2022 and 2032.

However, at a meeting of East Lothian Council this week, elected members agreed to oppose the calls, insisting the current targets were on track.

The Scottish Government is currently consulting on the minimum land requirements for housing in local authority areas which will be included in its National Planning Framework 4 (NPF4).

Its method for working out how many homes are needed and the council’s approach estimates that 6,400 new houses will be required in East Lothian over the next decade.

That figure is almost entirely made up of land already earmarked by the local authority in its Local Development Plan two years ago, so requires very little change to its current targets.

But Homes for Scotland (HfS) and other housebuilders have used an alternative methodology to demand the figure is increased to 12,000 houses – adding nearly 6,000 more to the current plan.

At this week’s meeting, councillors agreed to “strongly oppose” that alternative target.

“For many years, East Lothian has been one of Scotland’s fastest-growing areas.

“A significant amount of land has already been allocated for new housing in East Lothian.

“We must embrace opportunities for economic growth presented by the former Cockenzie Power Station site, the new settlement at Blindwells, and development at Queen Margaret University.

“In doing so, it is vital that new housing meets the needs of the community – with appropriate transport, education and other public services in place – while ensuring availability of different property types which are genuinely affordable, particularly for younger people.”