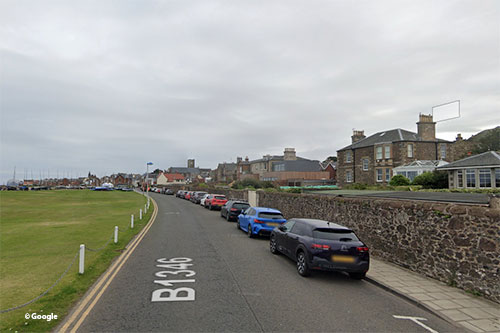 The acceptability of introducing parking charges in East Lothian town centres is set to be tested under plans to launch a summer-long consultation.

East Lothian Council’s officers want to take proposals to introduce on and off street car parking charges to residents saying it has the potential to generate “significant income”.

A report due to go before councillors for approval next week says: “To understand public opinion and acceptability of interventions necessary to balance the intricacies and complexity of various components and requirements of town centre parking, it is proposed to run a consultation for 10 weeks, starting in July 2022.”

It adds: “The introduction of on and off-street parking have the potential to generate significant income.”

Author of the report, the council’s executive director of place Douglas Proudfoot, said the review of town centre parking policy, which was last looked at by councillors in 2018, would give people the chance following Covid to consider how they want to move forward.

He said: “Since 2018 a lot has changed. Our town centres are performing very well but we could do so much more.

“We have a climate emergency and that is our responsibility. Now people have the chance to live their lives differently”

However Mr Proudfoot also acknowledged there remains a need for cars in the county.

He said: “We are a rural community and there is always going to be a need for cars but it is about what kind of cars as well, whether we can move to electric or hydrogen vehicles over petrol and diesel.

“We can make local economies really vibrant for citizens and visitors. It is incumbent on us to see where we can go in sustainable, active travel and less reliance on cars is pretty critical.”

The report going to council next week reminds members they endorsed a Local Transport Strategy in 2018 which included an amendment by the then Conservative group confirming any parking decisions would be made on a town-by-town basis.

At the time the amendment stated “The primary view of the council is not to charge for off-street car parks and/or on-street parking places; however, schemes will be permitted on an individual basis if need and local support for such a proposal can be demonstrated”

This view is not being challenged in the report which asks for the new consultation pointing out the “significant changes to national, regional and local transport, policies and strategies” and the “material impact of road traffic management on climate, health and wellbeing benefits through improved active travel improvements incentivised through demand management proposals and charging regimes”.

If approved the consultation is expected to begin next month.