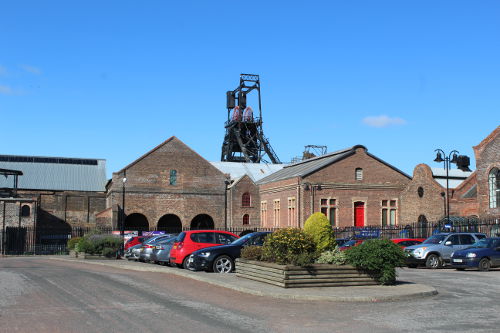 Miners convicted of offences during the 1984-85 strike should be given an automatic pardon to help heal divides in former mining communities, according to Holyrood’s Equalities, Human Rights and Civil Justice Committee.

In a report published today, the Committee backed plans by the Scottish Government in the Miners’ Strike (Pardons) (Scotland) Bill to provide a blanket pardon to those convicted of certain offences during the strike. Doing so, the report says, would help right the wrongs that many communities suffered during the strike. An automatic pardon, the Committee believes, will go some way to providing justice for families affected.

The proposals would pardon those convicted of offences which occurred during the course of a miner’s participation at a picket line, demonstration, or other similar gathering in supporting the strikes or while travelling to or from a picket line or demonstration.

The report acknowledges the significant impact of convictions to individuals – from a loss of income due to redundancy to a loss of employment rights such as redundancy payments, pension rights and future prospects which were prejudiced due to having a conviction.

The Committee acknowledges that many of the issues around compensation are reserved to the UK Government and therefore implementing a compensation scheme in Scotland would create significant practical difficulties that would delay the passage of the Bill and that compensation moves the Bill away from its intention of having a symbolic effect. Therefore, the Committee does not believe this Bill is the appropriate mechanism for delivering compensation.

However, the Committee notes calls from the Scottish Government for the UK Government to undertake a full public inquiry into the miners’ strike. As part of any inquiry, the Committee would like to see the options for compensation for miners and their families reconsidered.

Having heard conflicting accounts from witnesses as part of their extensive evidence on the policing of the strike and the role of the judiciary, the Committee wants to see an investigation into how the strike was policed and managed. Such an investigation, the report notes, is long overdue and the most appropriate method would be as part of a full public inquiry by the UK Government.

“The miners’ strike left a lasting psychological and economic impact on communities across Scotland. The effects of which are still felt to this day.

“Having heard first-hand about the stigma and pain experienced by those who took part in the strike, we believe an automatic pardon will go some way to providing justice for families affected.

“The Committee recommend that the general principles of the Bill are agreed to and we look forward to hearing more from the Scottish Government about what further work it plans to undertake to continue to help rebuild these communities.”