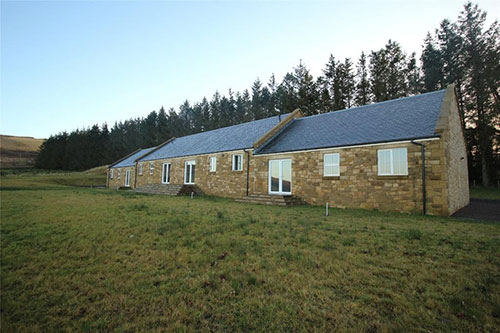 A farm owner has won the right to turn holiday cottages into homes after arguing that the Covid-19 crisis has wiped two years of bookings out.

The holiday units at Soutra Mains Farm, Pathhead, were granted approval 13 years ago with a condition they could only be used for short-term lets.

But when owner George Russell applied to Midlothian Council to remove the condition to allow longer lets at the cottages, permission was refused.

Mr Russell took his case to the local authority’s Local Review Body, who overturned the decision by five votes to four after ruling the request was reasonable.

The review body was told that removing the condition effectively turned the homes from holiday lets to dwelling houses which could be rented out long-term or even sold as private homes.

Councillor Derek Milligan, council leader, raised concerns that agreeing to remove the condition would “open the floodgates” for owners of holiday homes in Midlothian.

And he questioned why the farm owner would want to change the site from holiday lets at a time when demand for such cottages was at an all-time high.

However, Councillor Colin Cassidy warned that the toll of the last 18 months on businesses had been hard, adding: “We don’t know what is coming down the line, if there will be another lockdown.”

In a statement on behalf of Mr Russell submitted to the review body, it was claimed that every effort to find a solution with planners had been met with a ‘no’.

It was stated that the applicant had even offered to have the condition lifted temporarily to allow them to rent the cottages out for longer lets but were turned down.

it said: “The lack of flexibility in the approach by Midlothian planning has created a situation where the cottages either sit empty and the applicants have no income stream or they let them on longer leases and are in breach of their planning permission.”

Peter Arnsdorf, the council’s planning chief, said that lifting the condition on a temporary basis would be “messy” as it could mean tenants are established members of the community when the council attempts to reintroduce it.

And he confirmed that the planning permission for the holiday cottages would not have been approved had it not been for the condition which stops them becoming homes in the countryside.

The review body voted by five votes to four to allow the appeal and remove the condition so the cottages could be used as dwelling homes.