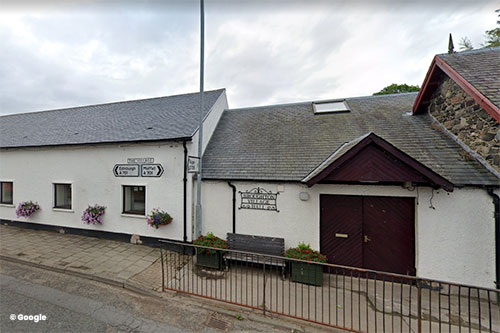 Excited youngsters who turned up for a ‘games night’ at a Borders village hall expecting a Playstation and X-box extravanganza were shocked to be confronted instead with traditional board games.

Despite the mix-up the Broughton Social Make and Play Club, which meets twice a month on Friday evenings, has proved a huge success since it was established seven months ago.

Aimed at ‘noughties to nineties’ it has suceeded in bringing villagers together to have a chat, make crafts, play games and listen to and play music.

The venture was endorsed this week by councillors at a meeting of Tweeddale Area Forum, who unanimously agreed to a grant application for £936 to pay for hall hire fees and materials.

Members heard that on average 30 people from the small rural community attend the club every fortnight.

Tweeddale West ward’s Councillor Viv Thomson said: “This group started as one person’s idea to bring the community together and it was a bit ‘stick a toe in the water’.

“I know that kids went for a games evening and discovered it was board games – there was not a computer in sight. I’m told that it was absolutely amazing that they had people of all ages around tables, moving around the room all doing different games and it has just grown and grown.

“It all came from one lady’s vision and she is a force for good around the village. It has been really, really successful. It has made such a difference to the village and, given the times we are going into, provides a place for people to go every couple of weeks and have a nice happy time.”

Fellow ward councillor Eric Small added: “This is a vibrant community and it involves the whole community and gets youngsters at night inside and I’m 100 per cent supportive.”

The group is now planning to develop a formal constitution.