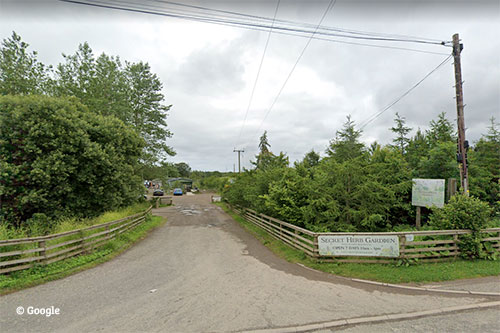 A Midlothian distillery will be able to produce five times more gin than it currently can after being given the go ahead to expand.

The owners of The Secret Herb Garden at Lothianburn have been granted planning permission to increase their gin business and open a new visitor centre and tasting room at the site.

The company says it expects to create almost 40 new jobs through the expansion, which will see an additional 500-litre still added to its current stills which have a 20 litre and 100 litre capacity.

Objectors raised concerns about expanding on a green belt site and noise created by visitors to the site.

However planners ruled that the “very small scale” of the operation would not have material effect on their decision.

The Secret Herb Garden attracts an estimated 20,000 visitors a year to its 7.5-acre site, where it has its herb nursery, shop, cafe and current distillery.

A statement from the agents says the drying room will be enclosed in glass as part of the visitors’ experience as they can watch the production process.

It says that jobs will be created by the expansion, adding: “The proposal will nearly double employment levels at the Secret Garden Distillery from current 34 staff to 47 staff by 2023-24.

“The proposal will also grow more employment at the Secret Herb Garden from current 48 staff to 68 staff during summer by 2023-24.

“This equates to 38 additional new jobs across the business by 2023-24 as a result of the proposed development.”

“The two stills currently used in the distillery, a 20 litre and 100 litre, will be used in the new building, along with a new 500 litre still.

“The submitted details of the proposed distillery production is relatively low level and would not have a significant adverse impact on the amenity of the surrounding area as compared to the existing, approved situation.

“The production of base gin in the stills proposed would be low scale.”

Planning approval was granted with conditions including operation house of 8am to 6pm on weekdays and 9am to 1pm on Saturdays.