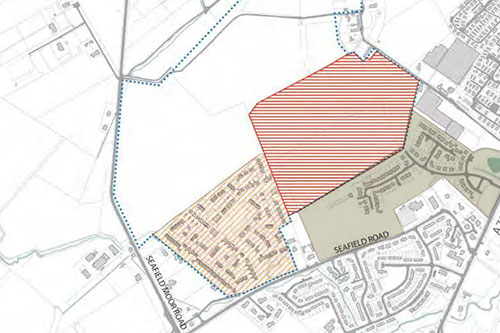 More than 200 additional new homes have been given the go ahead on the outskirts of Bilston despite claims the land is unstable.

The latest phase of building from Seafield Road will see 214 houses and flats built by Taylor Wimpey bringing the total number of homes approved on the site to 434.

However objectors to the plans raised concerns about its history of shale mining.

One objector told the council there had been incidents of subsidence as recently as 1986 in the area when, she said at Straiton Caravan Park, half a mile away, “a mobile homes sunk into a crown hole which measured 18 to 21 metres”.

The Coal Authority raised no objection to the housing but said the site fell “marginally” into an area designated high risk for hazards.

Both Damhead and District and Roslin and Bilston Community Councils raised concerns about the stability of the site proposed for new housing which has been used for shale mining in the past.

And they warned that the local GP practices are at capacity and there is not sufficient public transport and other community facilities to meet the increased demand of additional houses.

However planning officers recommended the planning application for approval pointing out it is within the Midlothian Local Development Plan as land earmarked for housing.

The Coal Authority raised no objections to the application but warned that the site falls “marginally” within the defined Development High Risk Area meaning there are mining features and hazards which need to be considered in relation to the development of the site.

It said that while oil shale mining had taken place at shallow depth beneath the site. there was no record or suspected coal mining-related legacy.

“Mitigation against concerns regarding ground conditions and contamination of the site and/or previous mineral workings can be secured by a condition imposed on a grant of planning permission and by the Council’s Building Standards Service as part of the building warrant process.”

The proposals were approved unanimously by Midlothian’s planning committee at a virtual meeting this week.