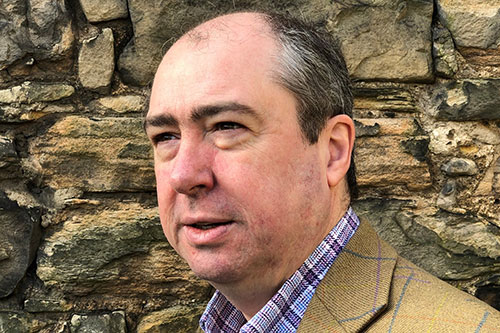 Midlothian View Holyrood Challenge: This View has been written by Iain Whyte, the Scottish Conservatives and Unionist Party's candidate in the Midlothian North & Musselburgh constituency for the Scottish Elections on Thursday May 6th 2021

This week I am highlighting a series of Conservative pledges to back Scotland’s military personnel and their families. Communities in Midlothian North and Musselburgh have played an essential role in our military history. However, warm words praising our personnel are simply not enough.

Our pledges include the commitment to an Armed Forces and Veterans Bill to further enshrine the Armed Forces Covenant into law in Scotland for devolved services including Midlothian Council and the NHS. This would help serving and former military personnel access jobs, education, the property market and healthcare while supporting communities and the local economy. We will also encourage local businesses in Midlothian to sign up to the Covenant.

Our plans include a specific help to buy scheme to support veterans and their families when buying a home in Scotland, with the SNP shutting down a previous scheme. Veteran households in Midlothian that are in receipt of Universal Credit would also be able to receive an extra £520 per year under our plans if they fall into financial distress.

The Scottish Conservatives are standing shoulder to shoulder with our armed forces and our veteran community. We have already ensured that personnel stationed in Scotland are not being hit by the SNP’s higher rates of income taxes. We are committed to truly valuing the sacrifices that our Armed Forces have made. It will help them transition into civilian life and play a key role in the communities they live in.

I am committed to ensuring servicemen and women who wish to make Midlothian North and Musselburgh their home know that they will be treated as heroes.