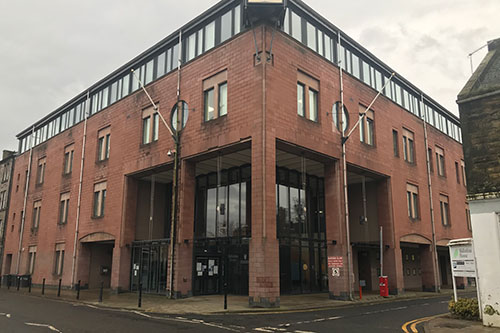 Efforts to recruit a business manager for councillors were put on hold after it was claimed the salary could be used to fill “1,000 potholes”.

Midlothian councillors agreed to postpone the appointment after the wording of the job advert sparked a row as it suggested the £40,000 a year job was to support the council leader and his administration.

An emergency cross party motion by councillors Pauline Winchester (Cons) and Colin Cassidy (SNP) raised concerns over the advert which described the post as “to manage the business functions for the council leader and group members”.

Councillor Winchester said the post advertised had not been discussed with all elected members and appeared to reverse a decision taken in 2018 to remove a similar post.

She said: “Six months before an election, we think it is unfair to other groups. It has a starting pay of £39,970.”

And Councillor Cassidy said the salary was more akin to a big private company than the council.

He said: “We are a small council and have to remember that. Pot holes cost £40 to fix and that is 1,000 pot holes we could be repairing across Midlothian for that salary.”

Council leader Derek Milligan said he was surprised by the wording of the advert as his understanding was that the administration role was to provide support for all elected councillors in all parties as the positions had become vacant.

He said: “In all the discussions on this it is a business manager to oversee support for all elected members.”

Alan Turpie, the council’s legal adviser, said the advert had been placed by officers and described the wording of the advert as “unfortunate”.

He told members at a virtual meeting of the council: “It was an officer error”.

Councillors agreed the motion which called for the recruitment to be postponed until a cross party agreement could be reached.

“Imagine turning up on your first day to find it is not what you imagined and you do not have the skill set – what a slap in the face!.

“We need to be more careful writing job adverts.”