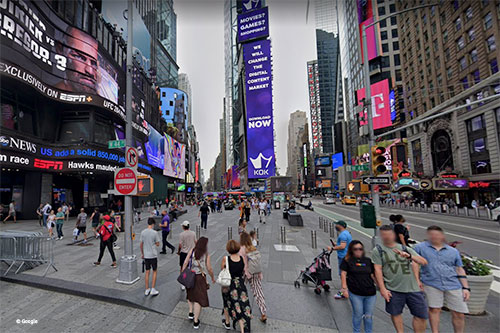 This View has been written by Kyle Anderson, an S6 pupil at Lasswade High School

Every time there is a mass shooting in the US and the question of gun control arises ardent defenders of Second Amendment rights usually rattle off the line;

“If we ban guns, should we ban cars too because they kill more people than guns do?”

and the answer is YES! 1.25 million people die a year from car crashes. That’s nearly the entire population of Edinburgh, the Lothians, Fife and Falkirk, the area Forth One covers, every single year.

If we include car-accident related injuries and disabilities, this brings our total up to 50 million per year, or the entire population of South Korea receiving whiplash all at once in one day. Over a 10 year period, that’s anywhere between 200 million and 500 million people injured, or give or take the entire US population.

Not only do cars directly kill people, they indirectly kill people too. A fifth of all greenhouse gas emissions in Europe come from cars and the effect on the local environment is even worse; thirty UK cities are over the limit of what is considered “safe” air to breathe, and a further 17 are at the limit including Prestonpans in East Lothian, leading to one in nineteen deaths being caused by pollution.

In Barcelona, 3,500 people die each year because of bad air. Car exhaust emissions certainly play a role in that.

You could say we can just switch to electric vehicles, which don’t have emissions and are safer than human drivers, but that doesn’t solve any of the other problems cars can cause in cities. For example, space. Take a random street in Los Angeles, Marine Avenue, on this street the cars get 48 feet (14.6304 metres), and pedestrians get 6 feet (1.8288 metres) either side of the road. Seems ridiculous, right?

Now imagine there’s one person standing in each 12 foot (3.6576 metres) lane. All this space has been made inaccessible just for these few people.

Another example of this is Milton Keynes in England. Milton Keynes was built in the 1950s for the sole purpose of accommodating cars. In Central Milton Keynes there are over 20,000 parking spaces. Why are we putting up with this? Fourteen percent of all space in cities are taken up by car parks alone. No wonder we have a housing crisis, you could put at least two blocks of flats in most of these car parks in Milton Keynes.

Car culture has also resulted in increased class and racial segregation; in the early days of automobiles in the US, city planners would build low bridges around poorer communities, who were predominantly African-American, because these communities could not afford cars. Instead, they were forced to take the bus, which could not fit under these bridges and therefore kept them out of areas with higher paying jobs and better schools. You might think this is all in the past, but the bridges are all still there.

Overall, cars are dangerous, smelly, loud, take up too much space, are racist, and also I just don’t like them. Let’s ban them from our cities.

Now, that’s quite a radical proposal, so, to be fair, we’ll take a look at some of the objections people might have, shall we?

Objection Number One: Removing cars would be too unpopular.

Here are some examples from around the world where cars have been removed or reduced. 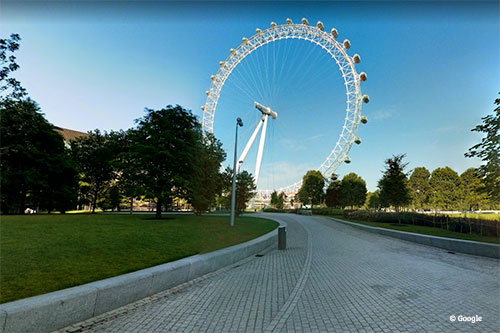 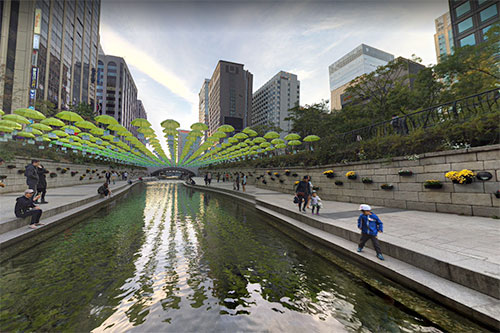 This was a highway in Seoul and then they demolished it to build this garden that everyone can use, Cheonggyecheon River, Seoul. 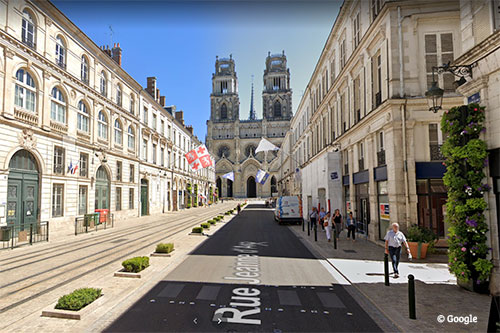 What does this show us? Everywhere cars have been banned, nobody has ever wanted them to go back. Believe me, I have checked.

Objection Number Two: If we restrict where cars can go, the places where our cars can go will become crowded and full of traffic all the time.

Actually, the opposite is true. Studies show the more roads we build, the more people drive and congestion actually increases. Every time Los Angeles adds another lane to their highway, commute time along it increases by one minute. It does not take a genius to figure out if we decrease the number of roads you can drive on, the less people will drive. In New York City, in a trial run of banning cars on some of the streets, buses actually had to slow down in order to meet schedules, because the streets were so deserted of cars.

Objection Number 3: How will people get around without cars?

Many major cities have many forms of public transport such as a underground system as seen in London or like here in Midlothian and Edinburgh we have many luxuries such as a great and affordable bus system, a tube system connected to that bus system allowing for faster travel and we also have many pathways and cycle routes for that form of transport that gives of no greenhouse gases.

Objection Number 4: Public transport is not as good as owning your own car.

There are many reasons why someone might feel better driving than taking the bus or subway. One is speed and convenience. Why wait for a bus that goes an indirect route stopping periodically when you can just drive straight to where you want to go? For one, increased bus usage means more frequent buses and increased routes to meet demand, so there’s no issue there.

Secondly, if everyone gets into one bus, there will be virtually no traffic and you’ll just breeze around the city. You can also bypass the road entirely and take a bike lane. Some might claim public transport is dirty and helps pass along diseases like the recent Coronavirus. While research shows people who use public transport are more at risk of catching respiratory illness, the same research also shows that areas with more frequent buses and subway services have lower rates of infection because journeys are faster, more direct, and less crowded.

Once again, removing cars will increase the frequency and size of public transport services, alleviating this problem.

Another reason is the perceived cost. Buying a bus ticket twice a day every single day might seem like a lot. However, not when you look at the bigger picture. Owning a car in the UK costs an average of £388 a month due to petrol, repairs, MOT costs, and insurance premiums. That doesn’t even include parking costs. All the while, you can’t travel while drunk, you’re responsible for any accidents that happen behind the wheel, and you have to sit in traffic jams. Compare this to public transport users in London, which has the highest public transport cost in Europe, the average commuter only spends £150 per month on transport. Much lower than the average driver, and on nights out they don’t have to nominate some poor sod to be the designated driver.

This is a resounding “No”. For starters, the 4.5 million dead people that cars cause per year through accidents and air pollution don’t contribute to any business other than undertakers. When Barcelona banned cars on through roads in 2013, businesses on these roads reported higher returns and receipts; passers by walked slower, enjoyed their time outside more, browsed in more shops, and bought more things. The value of these businesses also increased between 10% and 30%, simply by the fact people were walking near to them rather than driving past.

Large open spaces also allows pop-up stands to do business too. Food trucks, ice cream vans, street vendors, performing arts, merchandise stalls. That’s gotta be good for the economy. Taxi drivers out of work? We’re going to need a lot more bus, tram, and subway drivers that’s for sure, and construction workers to convert the streets. Car companies? All of them also make buses. Make no mistake, there are plenty of business opportunities to be made in people-only streets, and the effect pedestrianisation has on existing businesses are pretty good too.

Clearly, the evidence and arguments are in favour of removing cars from our cities.

But how would we go about doing that?

The answer is simple; WE MUST DO EVERYTHING IN OUR POWER TO MAKE LIFE A LIVING HELL FOR MOTORISTS. It’s now costing you £12 to drive your car inside the city limits every day in London. Also speed limits are capped at 10km/h for personal vehicles in Barcelona.

Want to park your car in a car park? Sorry there’s a price and a 50% sales tax in Oslo. On street parking? Doesn’t exist in Tokyo. We’re also adding a ton of bike and bus lanes, meaning car users are now second class citizens on the road in Helsinki).

Public transport is now free and has a budget the size of the moon in Tallinn. We’re going to instill a national belief that cycling is patriotic in Amsterdam. And also have rentable electric golf carts to get around town in California.

When more and more people ditch driving and make the move to public transport, we will finally ban all cars from our cities and suburbs.

Of course, people with disabilities will still be allowed to drive and park their cars, as is the case in all places where cars are banned currently, but at a reduced speed.

For those in rural areas, go ahead and keep driving your cars but be warned that we’re also coming after motorways. Yes, I also want to touch briefly on getting rid of motorways, autobahns, and highways too. Rail travel is less damaging to the environment, looks way nicer, is probably cheaper than paving over vast swathes of countryside with asphalt, lets you enjoy the stunning scenery, lets you read, work, and talk face to face on the way, has no traffic jams, and has barely any noise or air pollution.

In summary, cars are disgusting and if you live in a city you are morally obliged to use public transport whenever possible. When we shift our municipal psyche away from a culture of cars towards pedestrians and community transport, cities will start to become enjoyable places to live and work instead of just a soulless hub of tarmac. Removing obstacles to economic growth, social spaces, class mobility and good health can’t ever be a bad thing. Of course, getting rid of cars won’t turn cities into utopias overnight. But it’s a good start.