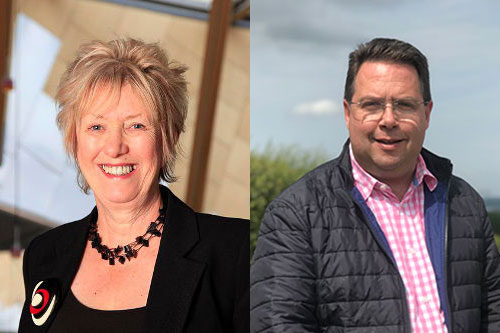 “Being under Westminster control is threatening the rights of children in Midlothian and across Scotland and only independence can ensure we protect everyone in Scotland from the Tories.”

“The judgement laid bare the limitations of the devolution settlement in Scotland.

“On the same day, the Tories at Westminster cut Universal Credit by £20 a week, taking away from the most vulnerable at a time when they need it most.

“The SNP Scottish Government introduced the UNCRC Bill to put the needs of children in Midlothian and across Scotland at the very heart of every decision made by Government and local authorities.

“However, those noble intentions have been scuppered by the Westminster Tories challenge. The court judgment lays bare the limits placed on the Scottish Parliament and within the devolution settlement that we cannot introduce vital protections for our young people – leaving them at the mercy of a callous Tory UK government.

“We cannot trust the Tories to protect future generations in Scotland as they cut Universal Credit this week and plunge 20,000 children into poverty.

“Families in Midlothian will face a decision of whether to heat their homes or feed their children as the cost of living skyrockets with energy bills increasing and food bills going up.

“The only way we can ensure we protect the future of Scotland from an uncaring Tory UK government is with the full powers of independence.”

Midlothian View asked Craig Hoy, Conservative MSP for South Scotland, to comment on what Ms Grahame had said, he said:

“Ms Grahame’s comments are disingenuous to say the least.

“She knows fine well that my Scottish Conservative colleagues fully support the principles behind the UNCRC Bill.

“But instead of focusing on the rights of children, the SNP manufactured this bill to go way beyond the powers of the Scottish Parliament so that it would be challenged in the Supreme Court to create more grievance and division for their independence agenda.

“Lord Reed is one of Scotland’s most eminent judges, and I agree with his ruling that this bill was designed from the outset to go beyond the powers of the Scottish Parliament.

“This is SNP grievance-manufacturing at its finest, and it comes at the expense of children’s rights and taxpayer money in Scotland.

“Instead of prioritising the rights of children, the SNP have shamefully manufactured this political stunt to fuel their independence obsession.

“Christine Grahame’s real focus should be on calling on John Swinney to apologise immediately and ensure this bill can now be passed in the Scottish Parliament as a matter of urgency.

“In relation to universal credit, it was lobbying from the Scottish Conservatives – not the SNP – that ensured the extension of the uplift for another six months at the height of the pandemic. With our recovery underway, it is right that there is now a focus on getting people back to work.

“The SNP talk a good game when it comes to welfare. But the reality is that they have handed back control of many powers to Westminster, rather than step up to support the most vulnerable in our communities in Midlothian right now.”