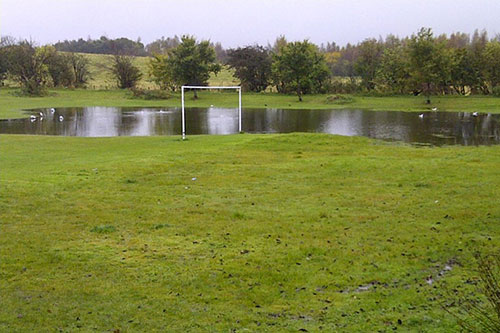 A water-logged football pitch and mystery surrounding the location of a new secondary school have dominated the news in this ward over the last year.

Midlothian West ward stretches from Loanhead and Bilston in the north to Rosewell in the south.

Last year Loanhead Miners Youth Football Club had to cancel games because rain water-logged their pitch and calls for an all-weather replacement were rejected by councillors amid concern it would lead to more clubs demanding upgrades.

The ward is also waiting for confirmation of the site of a new high school, which has been under wraps as council officials negotiate with a landowner.

The ‘secrecy’ surrounding the location of the long-awaited secondary school, which is referred to as the A701 corridor school, is something local councillor Kelly Parry has hit out at in the past.

And she is determined to see more transparency from the council over decisions from school closures to new locations and leisure facilities.

She said: “Throughout my time as a councillor I have campaigned hard on local issues like funding for new football pitches for Loanhead and opposed decision making made behind closed doors.

” I think the council needs to be more accessible too, far too often decisions in Midlothian are made behind closed doors, or by unelected officials.”

All three sitting ward councillors are standing again in the election.

Councillor Russell Imrie, Labour, has represented the ward for 15 years and is the planning convenor.

He said: “It has been a privilege to serve as this ward’s councillor for the past fifteen years. Over that period I have worked to improve our area with issues from recreational issues such as the Loanhead heritage trail to wider issue concerning climate change in council matters.”

Councillor Kelly Parry, SNP, was elected after then council leader Owen Thompson became an MP and stepped down in 2015 sparking a by-election.

The SNP are the only party fielding more than one candidate in the race and had two elected councillors representing the ward before fellow incumbent Pauline Winchester, Conservative, won her seat in a decisive win five years ago.