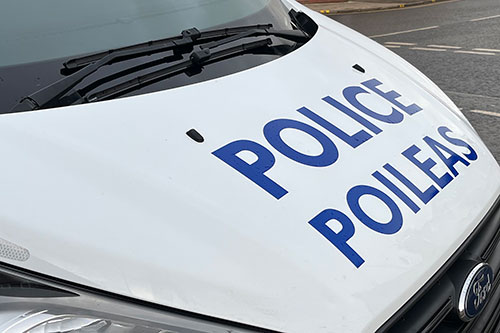 On Monday 26th September officers were carrying out patrols in the St Andrew Street area of Dalkeith when they noted a smell of cannabis emanating from a male. The 27 year old male was searched and issued with a Recorded Police warning after a small amount of cannabis was found.

In the early hours of the morning on Tuesday 27th September a male was seen within the curtilage of a property in Lasswade Road, Eskbank, Dalkeith in circumstances where it may be reasonably inferred that theft was intended. A 29 year old male was subsequently traced and charged in connection with the incident.

Around 9.50am on Saturday 1st October officers carrying out patrols observed a vehicle being driven without insurance and stopped the driver in Newtongrange. A 37 year old male was cautioned and charged in connection with the incident and the vehicle was seized.

On Tuesday 27th September, Police were on mobile patrol on the A7 near North Middleton when they carried out a routine vehicle check, which showed a vehicle having no insurance. The vehicle was stopped and confirmed that the driver had no insurance. The driver was charged in connection with the incident and the vehicle uplifted. A report has been submitted to the Procurator Fiscal.