Midlothian library staff to be trained to treat drugs overdoses 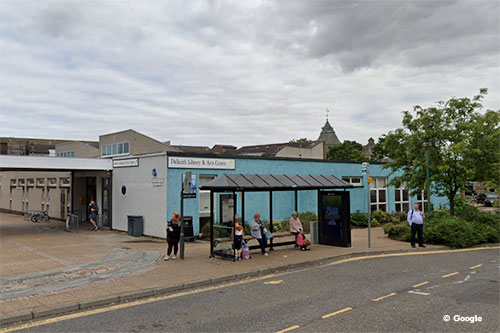 Libraries and leisure centres across Midlothian will be provided with antidote kits to deal with heroin overdoses as a drugs project expands.

Staff in public buildings at the heart of communities will be able to train to administer Naloxone – a drug which counteracts the effects of opiates in an emergency.

The move is the latest roll-out of the drug overdose kit which is already available through the third sector to families of addicts who are at risk of taking a fatal dose.

And it will ensure help is at hand for anyone who collapses in the community.

Midlothian recorded its highest number of drug deaths in 11 years, in 2021, it was revealed in July.

A meeting of Midlothian Council’s performance review and scrutiny committee heard this week that out of the 23 drugs deaths recorded, 14 of those who died were not ‘in service’ or receiving help from social care.

Nick Clater, head of adult service for Midlothian Health and Social Care Partnership, told the meeting that it was estimated there were twice as many people with substance misuse issues in the county than currently seeking help.

He said: “We currently work with roundabout a case load of 300 to 350 people.

“It is quite challenging getting an overall figure of people that have substance misuse issues in Midlothian but we estimate that is around half of the people who have substance use issues.”

He said the move to roll out Naloxone kits and training to public buildings would mean help was available to more people.

And he stressed training in using the kits would be voluntary for council staff.

He said: “We are keen to establish that (Naloxone kits)right across Midlothian.

“It has been something that has been rolled out previously through the third sector in particular but we are keen to establish it in libraries, leisure centres and other areas as well and train volunteers up.

“The ethos being that libraries, leisure centres and other services are located pretty much in the heart of people’s communities so if somebody is on the street for example or in the locale and has overdosed if we have trained staff who are able to help deliver Naloxone they can do that from those locations.”

The report said MELDAP (Midlothian and East Lothian Drugs and Alcohol Partnership) is currently working with Midlothian Council to promote Naloxone training and carrying among staff and trying to ensure there are Naloxone trained members of staff within all public facing buildings where
possible.

It said: “Staff would be volunteering for this training, there would not be any compulsion to carry Naloxone.”