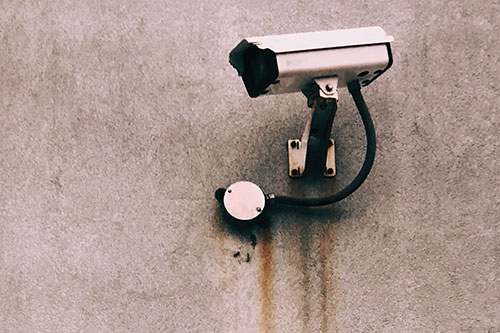 Nearly £500,000 will be invested in replacing town centre CCTV cameras after it was revealed nearly one in three do not work.

Midlothian Councillors agreed this week to replace 56 cameras and invest in mobile camera units that can be used for “covert” as well as “overt” action in antisocial hotspots.

He said if the council approved the funding for the new CCTV strategy they would go down a “more covert route”.

He said: “Particularly in environmental crime they will act as a deterrent and target hot spot areas on a covert basis.”

Councillors agreed to buy five mobile units, which cost around £10,000 each, all of which include Automatic Number Plate Recognition (ANPR) capability for use outwith town centres.

Councillors also pledged more than £97,000 a year in future budgets to maintain the CCTV system, which is monitored by Police Scotland.

A virtual meeting of the full council on Tuesday heard that of the 56 cameras based in Dalkeith, Penicuik, Bonnyrigg, Danderhall, Loanhead Mayfield, Gorebridge, Roslin, Newtongrange and Sheriffhall Park and Ride, 16 of them did not work and the remainder were coming to the end of their lifespan.

He said: “Everyone has the right to feel safe and protected within their communities and replacing these cameras will help tackle and prevent crime.

“I know the public will also be pleased to hear we’ll have cameras that can be rapidly deployed and trained on areas known for antisocial behaviour and flytipping, two issues which can have a profoundly negative impact on local people’s quality of life.”

Mr Curran also called for a further paper to be brought to councillors looking into any other communities or areas who could benefit from CCTV cameras, which was agreed by colleagues.

The move was welcomed by Councillor Cath Johnstone who pointed to a lack of CCTV in ward six – Midlothian South asking : “Is it a costing issue or are we just less criminal in ward six”.

Councillors also agreed officers should bring a further paper back to the full Council outlining if other areas would benefit from CCTV cameras.