More than 30,000 vaccine appointments missed in the Lothians 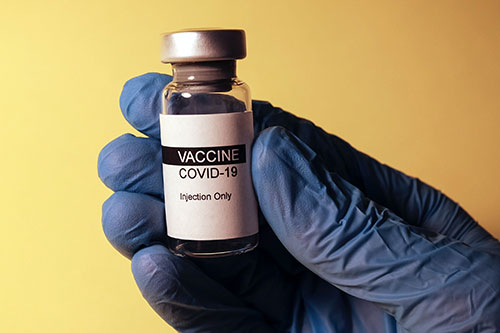 More than 30,000 vaccination appointments have been missed since NHS Lothian set up mass vaccination centres in Edinburgh and the surrounding areas.

During February, when the health board’s mass vaccination centres opened, 8,641 of the 102,460 appointments scheduled by NHS Lothian were not attended by patients – around one in every 12 vaccine appointments.

However, in March, 22,106 of the 140,190 scheduled appointments were missed by patients – more than one in every seven appointments.

In the same month, NHS Lothian, Royal Mail, the National Delivery Programme and NHS National Services Scotland published a joint apology after a number of vaccines were unable to take place due to delays in patients receiving their vaccine appointments via post.

The apology came after some vaccination centres in the Lothians saw “literally no patients” on Monday March 15 and Tuesday March 16 due to the communications delay, with staff told to try and find members of the public or police officers to take the leftover jags.

First Minister Nicola Sturgeon has said the Scottish Government is investigating whether the issue is with Royal Mail or with the National Services Scotland centralised database.

The figures, unveiled by the Local Democracy Reporting Service using freedom of information (FOI) legislation, does not include data for April.

The data only includes missed appointments at the region’s mass vaccination centres, as GP data is not held centrally.

Alex McMahon, executive director for nursing, midwifery and Allied Healthcare Professionals at NHS Lothian, said:“There are numerous reasons for patients missing appointments including not being able to attend the provided time slot or letters not being successfully delivered.

“This may be due to a person moving home and not informing their GP.

“We do have a process which allows us to attempt to contact those whose appointment letters are returned and where possible get these individuals booked in for their vaccine.

“We ask everyone who receives a letter to please attend the appointment you are offered.

“If you are unable to attend to please contact us in advance of your appointment.”

The figures, obtained via FOI, also show that NHS Lothian has discarded more than 3,000 vaccination vials.

In February and March, the health board discarded 1,618 vaccine doses due to there being a surplus at the end of each day, which cannot be returned to the stock.

The health board has also revealed it has had to discard 1,382 vials of vaccine as the vials had been left out of its refrigerators for too long.

A further 284 vaccines were discarded after patients turned up for their appointments – only to then refuse to take their jags.

A spokesperson for NHS Lothian said the missed appointments were not necessarily linked to the health board’s vaccine wastage rate – which is very low and below average for Scottish health boards.

Since the beginning of Scotland’s vaccination programme, NHS Lothian’s vaccination rate has often lagged behind the rest of the country, according to Public Health Scotland figures.

In mid-January, the health board said its low vaccination rate was due to the Scottish government’s policy of vaccinating care home residents and staff first, as the capital has a high number of care homes compared to other public authority areas.

Health chiefs also pointed to ‘unclear’ guidance from the Scottish Government and supply issues for GP surgeries as contributing factors to the slow vaccine slow roll-out.

The following week, NHS Lothian said the reason the health board ranks so low on Public Health Scotland’s weekly vaccination report is because the figures do not include those given in GP surgeries – and that while other health boards are relying on large-scale vaccination centres, NHS Lothian is using more surgeries.

Recently, a report submitted to NHS Lothian’s board said the low vaccination rates were due to a combination of factors.

The report reads: “Lothian has the highest % of its population under 50 in Scotland.

“This means that where cohorts up to cohort 9 have an element of under 50s within them (Clinically Extremely Vulnerable, 16 to 64 at risk, and staff), this will inflate the size of these cohorts disproportionately in Lothian against a supply calculation that excludes these patients.

“Lothian has 18.8% of the Scottish Care Home population compared to a 14.59% share of the vaccine supply.

“Lothian is also home to tertiary and national services and four Universities therefore Lothian has more staff and students who will qualify for staff vaccination because of their clinical commitments.

“It is an accumulation of these issues that has resulted in a programme that appears to have tighter margins between vaccine supply and the size of cohorts.”