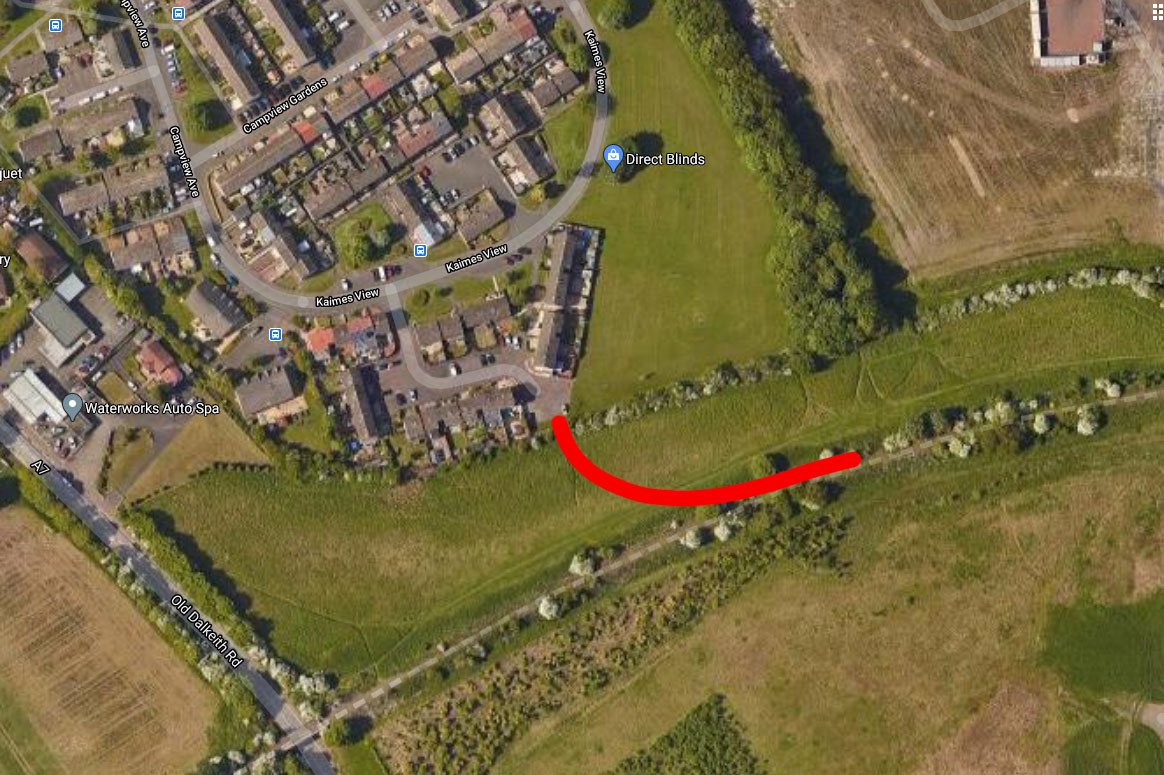 The path marked in red links Kaimes View in Danderhall with the Roslin to Shawfair path.

Charity Sustrans has been given the go-ahead to build a new footpath linking Danderhall to new developments at Shawfair.

The path will allow people to walk from Kaimes View in the village to a cycle path which already runs from Roslin to Shawfair.

The core path is currently separated from residents by a field, but the path would be built from a car park on the street across the field to give them direct access.

Sustrans applied for planning permission from Midlothian Council for the new path.

The charity is committed to creating more ways for people to walk and cycle and oversees Scotland’s National Cycle Network.

A report by planning officers says the new path will provide “additional amenity” to people living in its vicinity.

It added: “The proposal for a path is on land allocated for structural landscaping as part of the developments around Danderhall, Millerhill, Newton Village and the new settlement itself.

Images of the proposed new signs which could be placed at either end of the new three-metre-wide path showing the distance to the new Shawfair settlement was also submitted with the plans.