Noise and cycle path to be considered at Dalkeith Warehouse site 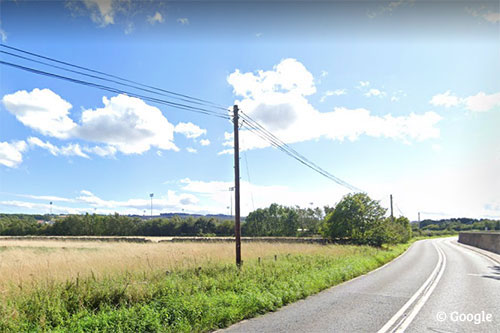 Developers of a multi-million pound business park have been ordered to produce reports on the impact noise from it will have on nearby houses and schools.

Hundreds of new jobs are expected to come to Salters Park, Dalkeith, when it opens.

But developers Buccleuch Property have been told by Midlothian Council they will need to produce noise impact reports for both the construction of the site and day to day operations.

The local authority has responded to a scoping opinion request from the developers ordering the noise assessment as well as reports on the impact of the new park on air quality.

It means future planning applications for the site will need to include the additional work to show it will not have an adverse impact on nearby housing or the school campuses which border the 74-acre site.

Initially Salters Park had been earmarked as a location for a new Scottish film studio.

However plans were most recently lodged with the council for a £50million warehouse for an unnamed e-commerce company on part of the site.

The e-commerce firm is expected to create 70 permanent jobs which could rise to 200 at peak times as well as hundreds of delivery driver opportunities.

Details of the remaining land on the site are still to come forward but are expected to include additional business units and workspaces which could create a £100million investment once complete.

A Pre Application Notice for the site has been lodged and the developers asked for the scoping opinion before submitting a planning application.

In their response planning officers ruled that reports would be expected on the noise impact and air quality impact.

However it added that reports into the impact of light pollution and transport – an issue which councillors raised concerns about during a recent discussion on the plans – ‘should’ be included rather than making them a requirement.

Referring to the concerns raised by councillors the response says: “The site will need to deliver some form of connectivity between the west and east parcels of the site effectively separated by the existing Penicuik to Musselburgh Railway Cycle Footpath.

“The proposals would therefore bring site traffic into close proximity to pedestrians and cyclists which could have a significant impact on user safety and impact the amenity of the route in the long term. Consideration will need to be given to this in order to clearly deliver a safe layout.”