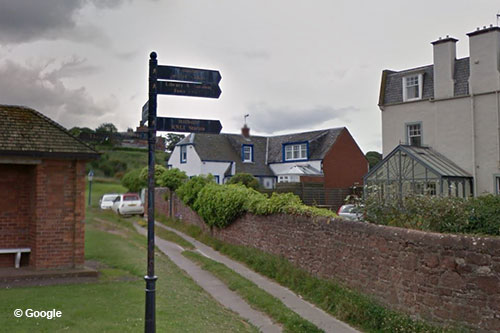 A homeowner is appealing a decision to stop him replacing windows at his beach front home with plastic frames claiming it goes against the council’s own climate change policy.

Now the owner is taking the decision to the council’s Local Review Body on appeal claiming planners are putting “excessive barriers” in front of residents who want to make their homes more efficient.

In an appeal statement the owner JD Crow’s agent Alan Wood said: “If the aims and objectives of the climate change strategy are to be met owners have to be engaged with by the council and given encouragement, not having excessiuve barriers placed in the way of reasonable progress.”

Mr Wood said he has nearly 40 years of experience in building design and understands criticism of some uPVC frames in the past.

However he insisted the design proposed for the house would match the timber frames which are being replaced.

Planners refused permission for the replacement windows in June this year saying the frames would set an “undesirable precedent” in North Berwick’s conservation area.

The appeal will be held at the review body in November.