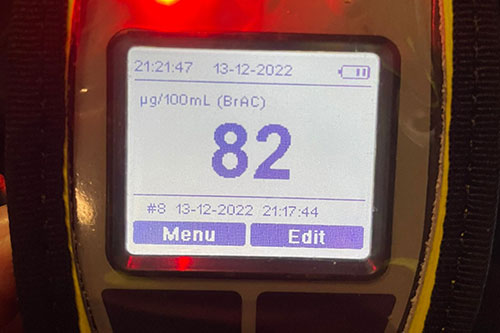 There are now more ‘drug drivers’ than ‘drink drivers’ in the Scottish Borders it has been revealed, with a senior police inspector describing the level of offending as “staggering”.

New legislation recently gave the police additional powers to stop and test motorists suspected of getting behind the wheel of a car while using drugs, such as cannabis.

A breakdown the the exact figures was unavailable, but the total number of drink and drug driving offences in the second quarter of the reporting year was 326, compared to a five year average for the same period of 270, members of the council’s Police, Fire, Rescue and Safer Communities Board were informed at a meeting today, Wednesday, December 14.

The committee was told that a “familiar smell”, particularly of cannabis, was being encountered ever-more regularly when police officers stop vehicles.

But drink drivers are also still a major problem after it was also revealed that five offenders were apprehended across the Lothians and Borders in just one day this week – Tuesday, December 13.

Inspector Stephen Quinn, road policing inspector for the Lothians and the Scottish Borders said: “The drink and drug drive detection numbers are up on the five-year average. This is coming directly as a result of the Section 5A legislation, which allows us to charge drivers who are over the prescribed limit of certain types of drugs, something we would never be able to test at the roadside before and that is proving a significant factor in our detections.

“I would say we are getting more drug drivers than drink drivers as a result of that. It is quite staggering, the numbers.

“Unfortunately there are still a lot of drink drivers. In fact just yesterday, there were five caught across the Lothians and the Scottish Borders, which for a Tuesday night, even in the festive season, is pretty high.

“I would say the drug driving detection is because we are now able to test people that we would never be able to test before and it is just so prevalent, it is unbelievable. I think that for anybody driving along the roads there is a familiar smell that is apparent to those of us know know what we are looking out for, particularly cannabis, there is a large amount of cannabis users behind the wheels of cars and we are now able to test for that very easily and it’s proving quite shocking the number we are catching.”

Committee chair, Tweeddale East ward’s Councillor Julie Pirone, said: “It’s a question of if you can smell it, we can smell it, so why can’t the people who are driving the vehicle not smell it or what do they think they are doing that it is not going to impact on their driving ability. There is maybe some education we need to look at again as a country at how we try to tackle that.”