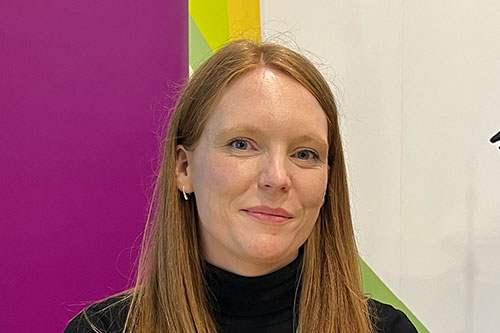 This View has been written by Kelly Drummond, Labour Councillor for Midlothian South.

Whilst I am happy to say we have today at council passed a paper that see’s our partner providers ‘sustainable rate’ increased for 3-5 year olds. I use the word sustainable with an air of irony.

Whilst our partner’s providers are out of limbo for this year, they have no idea what the future holds. This proposed increase has come from one offs and residual covid monies but have no idea how or even if this new rate will be sustained next year. There is potential, given previous cuts from Scottish Government that next year the council could be faced with the prospect of taking back this rise as they are unable to fund it. That is not ok. Given the cutting of ring fenced funding, and the non-recurring sources of the funding for this rise, it’s anything but sustainable.

Our partner providers are vital in delivering our commitment to the children of Midlothian in delivering 1140 hours with 37% of our early learning and childcare being provided by them. There have been some real concerns raised as to whether they are able to sustain the level of service required when faced with the level of funding they have been provided.

Since this initiative was passed to council we knew there would be problems with funding. This council was underfunded by 24%, identified by the Scottish Audit report in 2018 and their follow up 2020 report. To put that into perspective, taking into account our own local and more recent population projections, we estimated we would need £17.7 million to implement the expanded hours in the 2021/22 financial year. The Scottish Government adjusted this for inflation to £18.9 million.

However, the government decision to revise figures based on the 2014 National Records of Scotland population figures, rather than our own projections, then reduced this amount to £13.5 million, 24% or £5.4 million less than we needed. Today at full council I asked if this had been rectified and the answer unsurprisingly was no.

Our council suffers as the fastest growing council area in Scotland, receiving less than we need whilst councils with declining populations get more. There have been meetings with the Scottish Government which our previous councillor leader [Derek Milligan] walked out of being reassured that this would be taken seriously and a growth fund considered, this was almost 2 years ago and we are still waiting, waiting as our services are crushed.

This government has a habit of coming up with these initiatives, dressing it up to make it look pretty and taking credit when it works, whilst passing them on to councils like ours who are already struggling, not providing adequate funding for the multitude of stipulations they decide upon and when it’s not working washing their hands and pointing fingers at us. We gave them the money!

Well by your own admission not enough. No one is arguing that this is a positive policy, but the funding must be put in place to deliver it. I supported this paper today because I feel there is no option. Our funded providers are crying out and have been left in limbo with this for far too long, that doesn’t fall at the door of our education department but that of the Scottish governments. I am glad to see the recommendation for the executive director (children, young people and partnerships) to contact the Scottish Government and make our case for fairer funding whilst holding out relatively little hope as we have fought in Midlothian for fairer funding for years without any more that platitudes and broken promises.

For those who contacted councillors, who have emailed in, I would encourage you to write to your MSP and encourage them to fight for fairer funding for Midlothian.

You can find your list MSP’s here by entering your postcode :

If you wish to watch the council meeting please find the link below, this was item 8.5