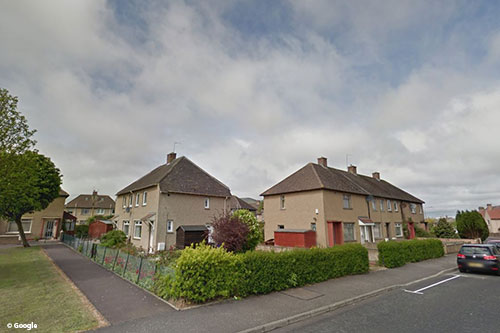 Claims a roof extension would upset the ‘symmetry’ of surrounding houses were dismissed after councillors were unimpressed with the architectural merit of a street.

Resident Steven Quinn appealed after Midlothian planners refused to let him put a gable end on his semi-detached home to create an extra family bedroom.

Planning officers said the extension would upset the look of other houses in the Loanhead street describing it as “unsympathetic” and arguing it would impact on the visual amenity of the street.

However agents for Mr Quinn pointed to an identical planning application for another street in the town which had been approved last year describing the decision over their client’s plans as “frankly astounding.”

And following a site visit to the house, on Dryden Terrace, members of the council’s Local Review Body, questioned whether there was any merit in protecting the style of homes on the street,

The council’s planning officer told the review body the roof extension would allow the homeowners to “effectively have a third floor” on their house.

He said: “All the properties have hipped rooves, there is a symmetry to the design of the local area and in assessing the application officers felt by extending the roof it would change that symmetry, and would therefore be out of keeping with the others in the immediate location.”

In a statement supporting the appeal on behalf of Mr Quinn, agents pointed out a similar extension was approved in the town’s Hunter Terrace.

They said: “The lack of consistency and rigor in the application of policy, consideration of applications or decision making between officers is frankly astounding.”

At the virtual meeting of the review body yesterday councillors found the impact of the extension was unlikely to have a negative impact.

Councillor Colin Cassidy said: “Having seen this in real life I don’t think I have a problem with it, to be honest I think there is so much going on in that street and the other sideshow developments that have happened there that I don’t think it is going to impact on the architectural merit of the area, if I am honest.”

And fellow councillor David Virgo added: “It is a perfectly nice street. I wouldn’t say it has huge architectural merit in my opinion and I’m not sure therefore it is a serious issue that this development might detract from it.”

The review body unanimously agreed to allow the appeal and grant planning permission for the extension.