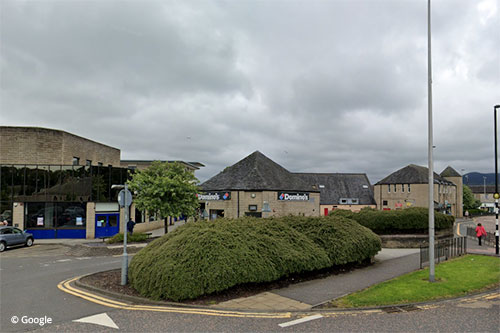 A former supermarket’s first floor could be converted into flats under new plans for Penicuik town centre.

The move will see the first floor of the site, which currently has B&M in its ground floor, convereted into seven flats, each with a small terrace area.

The building was initially home to Presto and opened in 1987.

A design statement for the new flats reveals the first floor was used for storage by the Presto store, as well as providing staff with a canteen.

Seven parking spaces will be set aside from the mall’s car park for residents and a secure entrance into the new flats will be created, along with 14 lockable cycle spaces.

Putting forward the case for the flats, three of which will be two-bedrrom and four one-bedroom, developers say it will provide “much-needed housing provision for Penicuik”.

They add: “Recent public realm improvements to High Street have sought to consolidate footfall in the town centre.

“The development of Kentigern Mall serves in a small part to begin a process of regeneration to the east of this area which will improve amenity, walkability and connectivity to the east of the town centre and serve to re-activate John Street.”

The plans can be viewed on the council website HERE.