People in Midlothian named the most generous in the UK 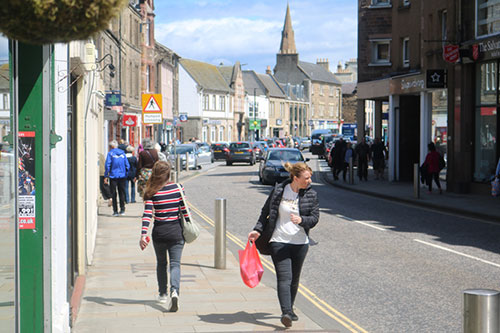 The locations of the most and least thoughtful people in the UK have been revealed and it’s good news for Midlothian!

While Christmas is a time of the year when friends and family come together – gift-giving or the lack of, can sometimes cause quite a stir.

In order to reveal once and for all who the most generous people in the UK are, Funky Pigeon analysed the names and locations of those who sent the most cards and presents in 2021, as part of its annual Sealed report, looking into customer habits over the year.

Having taken a deep dive into more than eight million orders over the past year, the research found people in Midlothian not only send the most cards in the UK but also buy the most gifts as well, despite having a population size of less than 100,000 people.

Angus and Aberdeenshire also made the top 10 most generous places in the UK, joined by Essex and Lancashire!

Overall those from the Scottish council area of Perth & Kinross spent the least per person on gifts and cards last year followed by those in London, Dumfries and Galloway and the Highlands.

The Sealed report also revealed the names of the most thoughtful people in the UK and it’s good news for those of us with a friend called Sarah who have been named the most generous people in the UK.

Those who aren’t lucky enough to have a friend or family member called Sarah will be pleased to hear people named Emma and Laura also made up the top three card and gift-givers.

People called Claire and Lisa were also found to be extremely generous with these two names rounding up the top five. Overall women were found to be more generous than men when looking at all of the data.