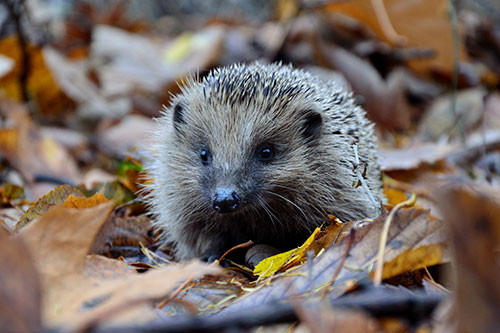 Wildlife experts have urged planners to ensure new fencing at a house in Eskbank includes hedgehog holes to allow access through the garden.

However a report by planning officers revealed they had been asked by Midlothian charity The Wildlife Information Centre, to ask for the holes in new fencing which was being proposed as part of the makeover.

Drawings of the fencing including 13cm by 13cm holes at the base to allow the wildlife creatures to pass through them were lodged with planners by the applicant.

The planning officers’ report recommended the plans for approval stating”the submitted plans are annotated that hedgehog holes are to be provided in the new sections of fence.”

The proposals for the rear sloping garden aim to create “a serene place to potter and a therapeutic space for relaxation when outside”, according to its design statement.

A trio of terraces will be created along with patio spaces, a seating area and new summer room.

The Wildlife Information Centre, which is based at Vogrie House, near Gorebridge, is the Local Environmental Records Centre for south-east and part of central Scotland collecting and sharing information about wildlife in the area.

Hedgehogs are classed as vulnerable in the UK where the population has been in decline over the last two decades. Wildlife experts encourage people to consider creating “CD-sized” holes in their fences to ensure the creatures can pass through modern housing development gardens as they forage for food.