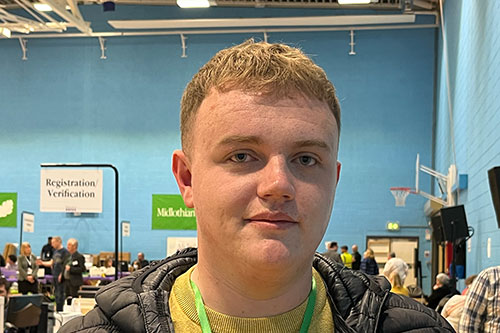 Councillor McManus said taking part in the international event is an opportunity for us all to learn more about the struggles of victims, families and communities affected by the Holocaust, when millions of people including six million Jews died under Nazi persecution, as well as more recent genocides in Cambodia, Rwanda, Bosnia and Darfur.

Councillor McManus said: “We can consider ourselves very lucky here in Midlothian that we don’t live under the immediate threat of genocide. However, we can’t afford to be complacent, we must all challenge prejudice and hatred to make the world a safer place.”

He added: “There’s everything from book suggestions for local library groups to films and art projects.

“I’d ask as many local groups and individuals as possible to take advantage of all the great resources on offer to honour survivors and help end discrimination.

“Individuals too can show support on social media to share messages using the #HolocaustMemorialDay hashtag.”