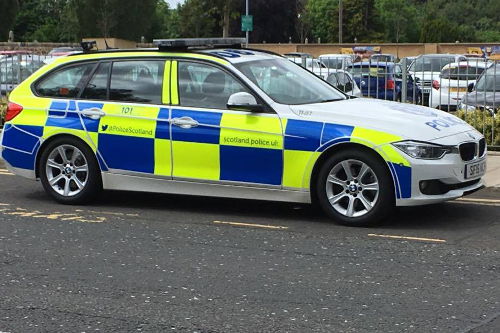 Police Scotland has joined forces with partners in the Lothians and Scottish Borders in a scheme to help trace vulnerable missing people, such as those with dementia.

The Herbert Protocol is a well-established initiative already used elsewhere in Scotland and the wider UK. It originated in Norfolk and takes its name after Normandy landings veteran George Herbert, who lived with dementia and died in 2011, after going missing whilst looking for his childhood home.

It requires a detailed form to be populated with key information such as a recent photograph, contact details, habits and significant locations, which can then be provided to police officers and used to save vital time in a missing person inquiry.

The scheme is available to everyone registered with adult care services in the Lothians and Scottish Borders area including people living with dementia or similar conditions. Families can also fill out the forms for vulnerable relatives living at home who are at risk of going missing.

Detective Chief Inspector Ben Leathes, of the Public Protection Unit, said:  “Speed is of the essence in any missing person enquiry – the longer someone is missing, particularly if they are vulnerable, the greater the risk to them.

“People go missing for a variety of reasons and when vulnerable people become lost, distressed or disorientated, it is something that causes considerable distress to loved ones.

“The Herbert Protocol form can be completed by a family member/carer and placed within the person’s home or care setting. It ensures all relevant information can be passed quickly to police and will help officers implement a more focused search. It’s a very simple process, but the benefits of doing so could mean a lot – not only to the police but also the family and loved ones of the person reported missing.”

“Putting the Herbert Protocol in place for yourself or a loved one is ideally done shortly after receiving a diagnosis of dementia.  It is important to identify key locations that have meaning to the individual such as places that are special to them or regular routines that they may have or have had in the past (for example, old childhood homes or routines like collecting children from school). When completed early, the Herbert Protocol can be used at any time in the event of a person going missing. Across the Scottish Borders, this is an ideal opportunity to raise awareness of the Herbert Protocol to people living with and caring for those with dementia at home or in any care setting.”

“It is fantastic to see the Herbert Protocol being rolled out here in Lothian. It is a welcome step and a move that will no doubt offer some reassurance to many families. Completing the Herbert Protocol form may seem like a simple step, but it really could make a huge difference if a person goes missing.”

For relatives in a care home, staff should be contacted initially by a family member to discuss completing the form and including it in an individual’s care plan.

For relatives at home, the form can be obtained through any police station or can be downloaded from the Police Scotland website and should be stored within the home.

More information and the form can be found here: www.scotland.police.uk/your-community/the-lothians-and-scottish-borders/