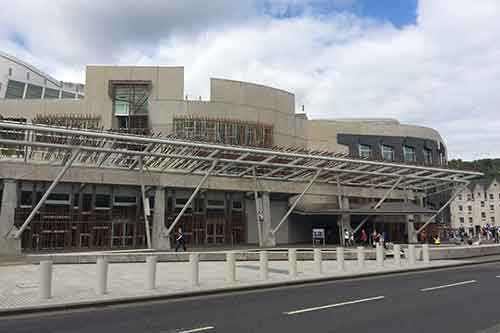 Earlier this year, the Scottish Government invited me to join a working group on public interest journalism. Not because I’m a quarter Scottish, but because here at PINF we’ve been thinking hard for the last few years about how to fund public interest news. This is a question that’s taken seriously in Scotland, with its long and distinguished history of newspaper publishing – and now its burgeoning indie media scene.

The group came from all corners of the industry, from The Ferret and The Scottish Sun, via small and medium print and digital publications, to organisations including Bureau Local, ICNN, the NUJ and the Scottish Newspaper Society. It made a pleasant change from Westminster, where the UK Government has a close relationship with the big legacy newspaper publishers but less time for independent publishers or civil society organisations.

The members of the group quickly found that we had more in common than we might have thought. We all care about the future of robust, independent journalism. We all want to see thriving communities and a healthy democracy. And we all want to see news publishing become more diverse and sustainable.

We worked through a range of ideas, looking at examples from other countries including Denmark, Norway, the Netherlands and New Zealand, all of which provide public funding for journalism through direct or indirect subsidies.

Today, we publish our report, with eight proposals ‘to ensure the long-term sustainability and resilience of journalism in Scotland’, as the Scottish Government put it in their Programme for Government, when they made a commitment to ‘listen and respond to the recommendations of the Public Interest Journalism Working Group.’

We hope that the Scottish Government will do more than listen. We hope that they will implement our vision of a new, independent funding body – the Scottish Public Interest Journalism Institute (SPIJI). We believe that they should provide SPIJI with seed funding and a mandate, whilst giving it the freedom to appoint its own board and set its own priorities.

We are also calling on the Scottish Government to:

And we are asking the Scottish Government to encourage big tech companies to provide funding for SPIJI, so that Scotland can set an example, not only across the UK but around the world, of a way of sustaining journalism that is backed by the state, but entirely independent of politics and politicians.

We’re now waiting to see how Holyrood will respond to our report, and whether this will inspire the administrations in Cardiff, Belfast and Westminster to take meaningful actions of their own to ensure a diverse and sustainable future for public interest news.

You can read the report in FULL HERE.