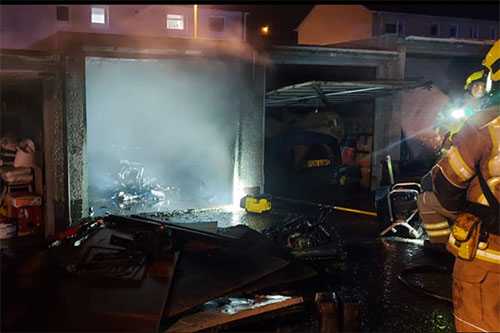 A spate of wilful fire raising is causing real concern within the Mayfield community. Last night a garage in Dougall Place was deliberately set alight destroying it and everything inside. A group of youths were seen nearby shortly before the fire was spotted.

Since November there have been a spate of bin fires and residents fear that the garage fire is an escalation of this activity.

“I have real fears that this is getting out of hand as there were numerous waste bin fires at end of October/November 2022 in the community resulting in police patrols in the community but this is worse as more bins were set on fire this month and now the garages at Dougall place. What next? Local residents are concerned for their property rented from Midlothian council.

“It needs a joint approach from schools, the Police and the Fire Brigade to tackle this issue, including parents warning their kids before someone gets seriously hurt.

“It was reported by members of the public near the garages set on fire that there were 3 or 4 youths seen hanging around the garages before the fire was spotted.

“It’s a hard core who are doing it and I would urge anyone to report any info they may have to the school or police asap so as to catch the ones involved.”

Midlothian Police are appealing for witnesses, the fire-raising took place around 4.45pm on Thursday, 12th January 2023.

Anyone with information regarding the fire, or those involved are asked to contact Police on 101, quoting incident number 2421, 12th January 2023.

Alternatively, an anonymous report can be made to the charity Crimestoppers on 0800 555 111 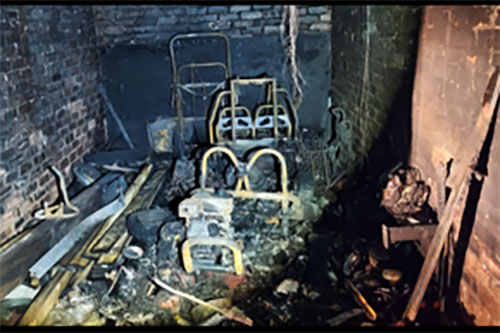 The inside of the garage after the fire.