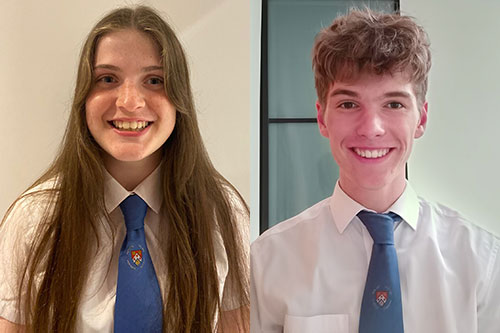 Comparisons with the previous two years’ results are not possible because a different assessment model was used in 2020 and 2021 when the exams were cancelled due to the pandemic.

Meanwhile S6 attainment levels were the best ever with 22.42% of S6 pupils getting at least one Advanced Higher pass. This compares with 17% in 2019.

Midlothian Council’s Cabinet Member for Education, Councillor Ellen Scott “Congratulations to all our pupils who received results today, for many this will have been the first time they will have sat formal examinations.  Today’s SQA results are just part of the achievement story with Scottish Credit and Qualifications Framework levels still to be reported on in September. Thank you to staff and families who supported our learners to achieve success during a very challenging year.”

Cllr Scott reminded pupils there is lots of support and information, including careers and health and wellbeing advice, on the SQA website.

The Scottish Credit and Qualifications Framework (SCQF) is Scotland’s national qualifications framework. This framework helps people of all ages and from all walks of life to gain access to education and training at a level that is suitable for them.

Newbattle High School pupil Evie Oswald says she is delighted and relieved to have been awarded A passes in her Higher Spanish,  Higher English and Higher Biology, a B in Higher Maths and a B in Advanced Higher Music.

Evie, who got straight As in her 4 National 5 exams and her Higher Music last year, says: “I was predicted to get all As this year again but I wasn’t sure how I’d done in my English and Maths so this is great although I am going to appeal my Advanced Higher Music result.

“For maths I’d been getting a tutor called Ashe Tait as at the start of the year I was getting Cs in my assessments so I’m really pleased.”

Evie, 17, who is now in S6, now already has all the grades she needs to study Spanish and Music at the University of Glasgow.

However, Evie, who hopes eventually to become a music therapist, has no plans to take her foot off the pedal.

She is taking Higher Psychology, Higher Geography, Advanced Higher Spanish, a Music and Wellbeing National Progression Award (NPA) and a Lothians Equal Access Programme for Schools course to help the transition from school to higher education.

Evie says her mum and dad are really pleased for her. “They are downstairs making me a Pain au Chocolat for breakfast,” she laughs.

Like fellow Newbattle High S6 pupil Evie Oswald, Antoine Guinebault says sitting exams for the first time post Covid was “a bit strange, especially as they were so important.”

Antoine, who got straight As in his Highers – Human Biology, Physics, Maths, English and PE – says: “I’d come up to Scotland in S3. Previously I’d been down south where you sit exams in both S1 and S2 so that helped me but it was still a bit of pressure.”

The 16-year-old pupil says teachers at Newbattle were very supportive. “You always knew who to go to if you needed any help or advice and teachers were there handing out water and snacks. Everyone was brilliant.”

Antoine, who like Evie got straight As last year, was delighted with his performance this year.

He says: “It was a relief. I got them on my phone and it was only my mum who was awake but she left me to it and said to come and tell her when I was ready.”

He says: “I want to study either Maths or Maths and Physics at uni but I’ve not decided where yet although I’ve been to see Heriot-Watt and part of Edinburgh uni.”