Safety fears over outside dining rejected 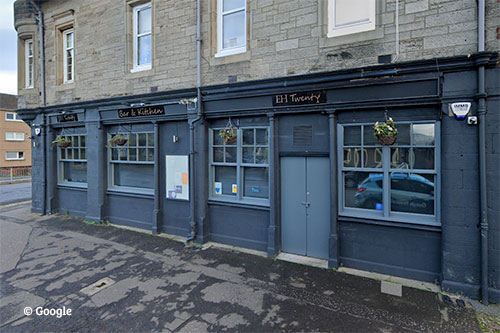 Concerns for the safety of women over plans for outside tables at a Loanhead restaurant have been dismissed by officials – who instead rejected the proposal for having “a detrimental impact on visibility of drivers.”

EH Twenty Bar and Kitchen wanted to introduced six tables on the pavement outside for use by its customers. But the proposals faced objections from local residents and failed to win support from Midlothian Council’s planners.

Among the concerns raised by objectors were that women could be uncomfortable passing groups of male drinkers with one objector warning that “inevitably inappropriate remarks” would be made.

Citing the Make Public Spaces Safe For Women Now campaign by UN Women UK against sexual harassment of women and girls in public spaces, the objector said the impact of the outside tables on female passers by should be considered.

They said: “Many women will be walking alone past the proposed area where, very possibly, groups of males would be sitting drinking and this would make the women feel very uncomfortable as inevitably inappropriate remarks will be made as they pass and also very apprehensive they just might be followed.”

However planners dismissed the concerns pointing out that the outside dining area, on the town’s Fountain Place was on a busy road.

In addressing concerns planning officers said: “If approved, the seating area would be positioned on a busy main road where there would be a good level of passive surveillance.

“It is considered that there would not be any personal safety issues as a result of these works.”

They did, however, agree with their road safety manager’s concerns that the tables would take up too much room on a busy corner site.

They said: “The proposal would result in an inadequate amount of pavement remaining, would impede disabled access and significantly reduce the capacity of a busy and important pedestrian route, as well as potentially have a detrimental impact on visibility of drivers. ”

The application to change use of the pavement to allow tables and chair was refused on the grounds of impact on the pedestrian route and the amenity of nearby residents as a result of noise and disturbance.