Spiking call from dad of victim 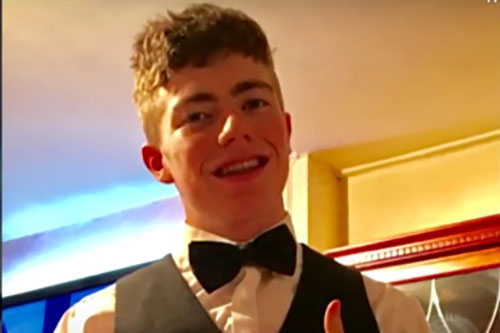 Greg Mackie who died in 2017. Photo courtesy of www.spikeawareuk.org.

The father of a teenage student who died after his drink was allegedly spiked has called for a national approach to tackle the crime.

Colin Mackie’s 18-year-old son Greg died in 2017 while on campus at Edinburgh College where he was studying film and media studies.

At the time tests revealed he had the equivalent of five Ecstasy tablets in his system.

Police described his death as ‘non suspicious’ but his parents believe his soft drink was spiked and set up Spike Aware UK in his memory.

Mr Mackie from Biggar who established the group with his wife Mandy, said they have been contacted by spiking victims aged from 13 to their mid fifties.

“It happens in pubs, clubs, houses.”

He pointed out his son was in halls of residence at the time .

He added: “The youngest person who has spoken to us was 13 years old and the oldest one was a 56-year-old woman.”

He said a lack of a co-ordinated national system for responding to incidents left victims unwilling to report them and concerned they would not be taken seriously.

During the virtual meeting, Mr Mackie said the increasing number of spiking incidents was concerning.

He said: “It has progressed from drinks being spiked to vapes being spiked and the most recent thing is syringes being used and it is a growing thing all over the country which is quite concerning.

“What we are finding is across the country there does not seem to be a co-ordinated system of how to deal with it either through the police or emergency services or the licensees.

“Everybody seems to be working differently which is quite concerning, we’d really like to see everyone working together.”

Mr Mackie said he had gone out on patrol with officers from Dumfries and Galloway police force who have started a campaign visiting local licensed premises and giving out anti spike kits which be described as “fantastic” urging Midlothian Council to follow their lead.

He said “Many people don’t report it (spiking) because they feel it is a waste of time and no-one takes things seriously. I’ve got examples from different areas, everyone works differently.

“One police force in particular, I won’t name individual forces, it took three weeks for them to review CCTV.

“Things like that concern me, obviously when they did go to the establishment to look at the CCTV the licensee said it was too late, it had been erased.”

Stephen Curran, convenor, said Midlothian councillors had last month backed a move to write to licensees across the county raising awareness of their responsibility when it comes to spiking.

Councillor Curran: “This raises awareness of the issue as the festive period approaches and although it is early days in policy if we can help inform that policy then that is great.”

Chief Inspector Arron Clinkscales, Midlothian area commander told the board that he was involved in drawing up a paper on the number of spiking incidents for senior officers which was a ‘work in progress’ and figures were not currently publicly available.

He acknowledged that the number of incidents in the county were higher than reported.

He said: “The level of spikings we have in Midlothian at the moment are really under reported. There must be lots going on that we don’t know about.

“We, as an entity, don’t see a problem in Midlothian with this at the moment because of the lack of reporting. I am not saying it is not happening but we are not aware of it at the moment.

“It is something that we are working on at the moment to try and go out and get that message to licensed premises.”

Mr Mackie urged police in Midlothian to follow the lead of colleagues in Dumfries and Galloway with anti-spiking kits which are made up of silicone covers which can be placed over glasses and cans with a small hole for a straw or bottle stopped with a similar design making it difficult for someone to slip something into a drink without drawing attention to themselves.

For more information about Spike Aware UK visit their website at www.spikeawareuk.org