St Margaret’s school to be reused as ASN facility 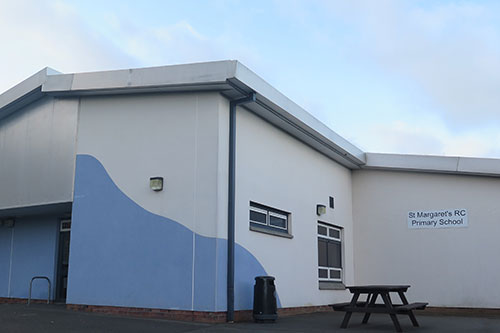 A catholic primary school which has no pupils will close and be reused for additional support need youngsters.

The school, which has a school roll of zero, will remain in education ownership and be used by neighbouring Loanhead Primary School as well as providing additional ASN classes.

A virtual meeting of Midlothian Council today heard that a public consultation over the plans had 71 responses with more than half against the decision to close the school.

And there were claims by some parents who took part that the council had “deliberately tried to close the school” with allegations of families not being allowed to register their children at the school.

However Fiona Robertson, the local authority’s education chief told the meeting the council had “categorically not” refused to let any child register and had received no requests for a place in the coming school year.

Councillor Jim Muirhead told the meeting the decision was taken in the best interests of child welfare and not as “a political issue”.

Ms Robertson said the building would remain as part of the education service.

She told the meeting: “The intention is to utilise the space for ASN which will give us increase ASN provision.”

Plans to expand the catchment area for St Mary’s, St Matthew’s and Sacred Heart RC Primary Schools will be introduced as well as offering school transport to pupils who need it.

The council will now notify Scottish Ministers of the decision and they then have eight weeks to decide to call-in the proposal.

Within three weeks of the council decision, anyone can make a representation to the Scottish Minister about the proposal.

Councillor Parry shared her ‘sadness’ with the decision which went through by 11 votes to five with abstentions from councillors Peter Smaill and Joe Wallace on social media.

She said: “Heartfelt sadness to all those parents that have campaigned so hard to keep St Margaret’s Primary School open.”