Stream of sewage runs down street 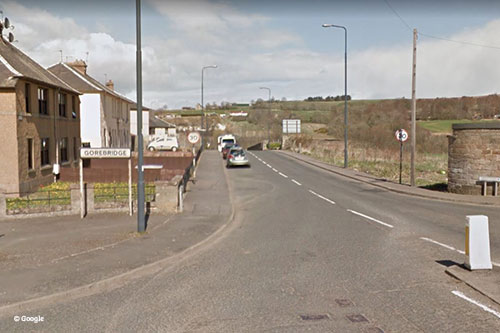 Powdermill Brae, Gorebridge, has been hit by a blocked sewer.

Horrified residents have complained after a blocked sewer left a stream of raw sewage running down a village street during this week’s summer heat.

Residents on Powdermill Brae, Gorebridge, were disgusted by the appearance of sewage “running down the hill” outside their homes.

Scottish Water confirmed it had received complaints from people living in the street just before midday on Wednesday, August 4, and immediately sent a team to investigate.

One residents took to social media to alert Midlothian Council to the problem telling the local authority “sewage running down the hill in our beautiful countryside, sick of it.”

The council said it had passed on concerns to Scottish Water who said the problem had been caused by a blocked sewer which had overflown onto the street.

And they said the most likely cause of the blockage was a build up of items being flushed down toilets including wet wipes and sanitary products.

A spokesperson said: “We were made aware of sewage overflowing on Powdermill Brae on Wednesday morning by local residents contacting our call centre.

“A team attended site in the afternoon and identified a blockage in the sewer which was cleared.

“Once one of the manholes had drained, the team identified damage to the manhole which is now scheduled in for repair.”

Responding to claims the issue had been caused by the sewage system being unable to cope with new housing built in the area, Scottish Water insisted it worked with developers to ensure the systems could cope with additional demand.

And it urged people to stick to the 3 Ps when it comes to flushing things down the toilet – toilet paper, pee and poo.